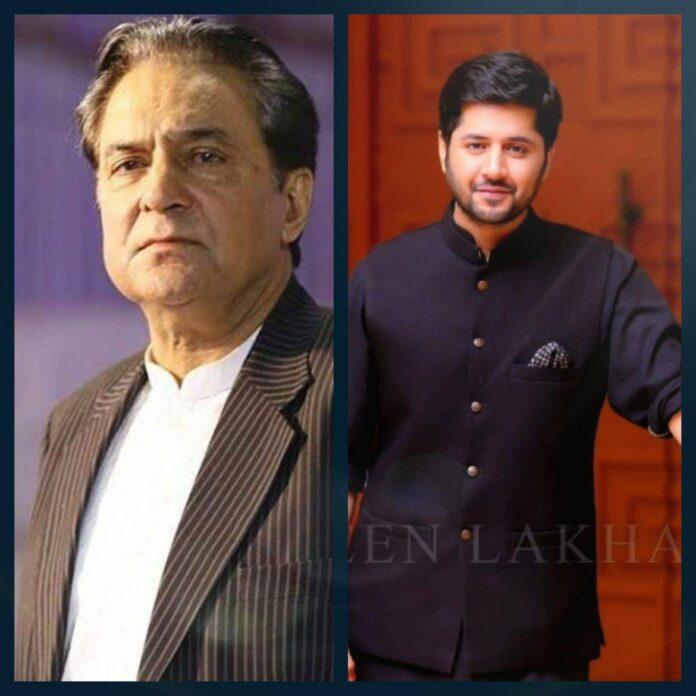 The seasoned artists consider as masterpiece for new artist they seek their guidelines as an educated advice. Contemplating the same pattern, recently a talk show host asked veteran actor Firdous Jamal who is a good performer and has a bright future in the industry. But Jamal replied as though whole industry does not possess a single actor who can be suitable for the “good actor criteria” of Firdous Jamal by saying “there isn’t any”. For him today actors are mere dummy in a store; just showpieces and models.

He said,“todays actors don’t have the wisdom to understand acting is something else than just modeling”. He explains, “You know how the manager at the departmental stores sometimes changes their wigs or clothes or transform them into women? Unfortunately, our young actors are the same.” he continue criticising the industry even after the remark of host for Imran Ashraf’s monumental performance in Ranjha Ranjha Kardi as Bhola.

But Jamal assessed Imran’s acting was pretentious not spontaneous.

I wonder where is pretention Jamal added “he (Imran Ashraf) was acting not behaving. How can I explain impulsiveness in acting language? It is different from pretentiousness and acting. Imran has acted. This role was previously done by a lot of other actors too. They just didn’t act it, they behaved it.”

Imran Ashraf humbly replied to his harsh comment and welcomed the criticism. Acknowledged Jamal’s value for being in industry for decades.

Although he got every right to tell him that Bhola’s character was beyond acting, still living in the heart of viewers. Jamal’s remarks was nothing but criticism but look at the heartedly reply of Imran Ashraf saying if Firdous sahib had portrayed Bhola’s character, he would have performed thousand times better than him. Instead of appreciating characters who deserve to be, Jamal generalize the idea of “lack of skills” over everyone working in the industry. For record, Pakistan industry have remarkable actors who can make you feel the character, have the spark to make you cried and feel joy with them. Their are immensely talented and passionate actors like Imran Ashraf who can make you live with the character.

After Jamal’s recent sexist comment over Mahira Khan’s age The Hum TV’s producer, director and creative head refuse to work with Firdous Jamal. The industry turns to be the big supporter for today actors which is a good sign of heading towards the future. Critism is welcomed by actors proved by the reply of Imran Ashraf but not acknowledging someone’s effort must not be appreciated.