Home Extraaa Masala Another addition to the sports WorldCup trophies collection for Pakistan! 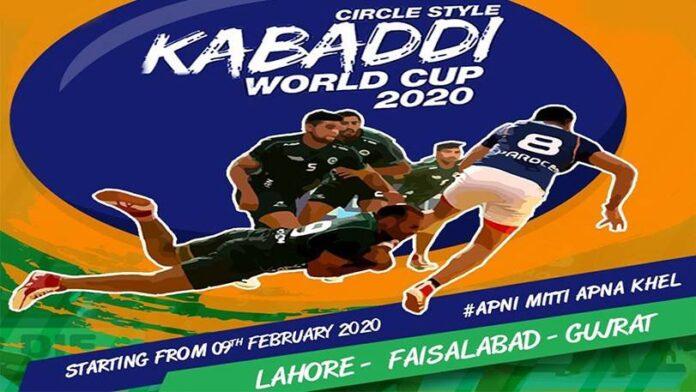 Pakistan won it’s first circle style Kabaddi World Cup and that too after beating the forever rival team India in the final. The tournament was hosted by Pakistan, and 9 international kabaddi teams from all around the world participated in the league. The event started from 9th of February, 2020 with a grand opening ceremony while the final was played on the 16th of February, 2020 between Pakistan and India in Lahore.

Pakistan reached into the finals after defeating teams of Canada, Australia, and Azerbaijan. It was the fifth time for team Pakistan to qualify for the final of Kabaddi World Cup. Team India is the defending champions, was pretty much confident.

The match started after toss with India leading the scoreboard in the first half. Team Pakistan grabbed a point at the start of the second half, and the contest got heat.

In the end, Pakistani players showed a professional game and managed to uncrown India as Champions of circle style Kabaddi World Cup. The host team defeated the defending champions by 43 to 41 points after a nail-biting match.

The crowd cherished the moment while the players celebrated their victory.

The winning team was awarded a cash prize of Rs. 10 Million and the runners up got Rs. 7.5 Million. Many renowned personalities including the Prime Minister of Pakistan, Imran Khan, have congratulated the winning team for their tremendous victory over the rivals in the final.

This tournament and the presence of international players in the country have proven that Pakistan is a safe place to visit and to host such events.