Home Celebrities Jaafar Jackson on his trip in Pakistan 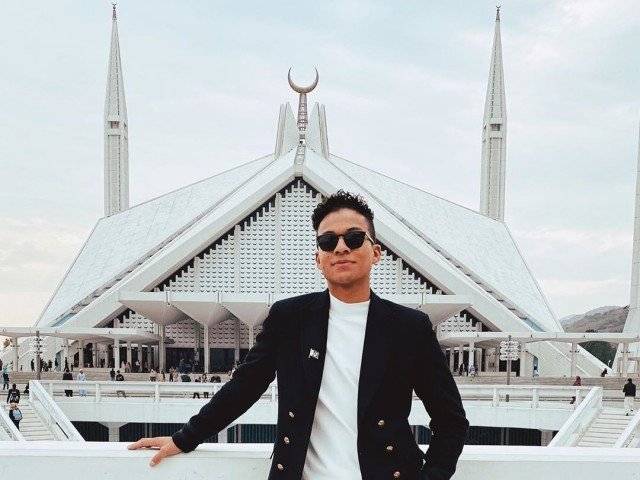 As Pakistan is now well known for his hospitality and bagged as a top tourist destination for 2020. Many international vloggers are visiting Pakistan and this time nephew of none other than Michae Jackson is touring Pakistan.

Jaafar Jackson, son of Jermaine Jackson who was a member of the iconic singing group which launched the Jacksons into legendary stardom, The Jackson Five. Jaafar is following the legacy of his family by pursuing a career in singing and songwriting.

He arrives in Pakistan as a guest of the China-Pakistan Investment Corporation (CPIC) alongside the founding board member of the organization. He went to two universities, COMSATS and NUST where he interacted with the students and spoke at length about Pakistan.

Young Jackson is fascinated by the beauty of Pakistan and its people, he said, “I am amazed at how Pakistanis respect their guests.”

A day after landing, he visited universities in Islamabad, NUST and COMSATS, and had an interaction with the students. And done with his tour of Lahore and today he invested his time in Karachi and visited NGO “The Citizen Foundation”.

“I found Pakistan completely different from the negative perception about the country portrayed in western media. I have found everyone in the country to be warm, welcoming and loving. Everyone is full of hope and warmth,” he said.

He also danced with the students of Benazir Bhutto Shaheed University. And we can see in the video that we are also not lacking any talent

In an interview in the morning show, he revealed that it is his introductory visit he’ll come back for the concerts and shows later.

A meeting with Sindh Governor Imran Ismail and a press conference at the conclusion of his trip is in his schedule.

He is loving and also appreciating Pakistanis and their love, hospitality and generosity. He specifically loved “spicy rice with chicken” aka ‘Biryani’ as we call it.