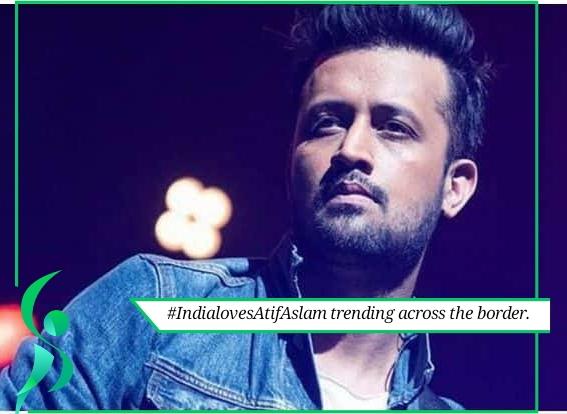 The Indian biggest music organization T-series uploaded the version of the song Kinna Sona on their YouTube channel on 23 June, first sang by Meet Brothers for the movie Marjaavan featuring Tara Sautria and Siddharth Malhotra in lead roles.

A severe backlash started by the netizens asking T-series to put down the song. A hashtag #AtifAslamnotwelcome was inclined on twitter after which Anaya Khopkar, MNS Cinema Wing president, gave a firm warning.

Later, the T-series institution put down the song and issued an apology on the matter. A few seconds later, Atif Aslam was trending again for all the right reasons across the border with a hashtag #WeloveAtifAslam.

Netizens tweeting that art has so boundaries.

The demand of putting the singers songs back on channel was also high.

A fan also requested not to judge anyone on their nationality.

This is indeed heartwarming to see that people can relate to his voice and emotions.

The love of people from across the border has been on trending, which is a breath of fresh air in the complex relationship between the two countries.

The 37 year old singer Atif Aslam is known for his voice belting technique, has also hit 5M followers on Instagram.