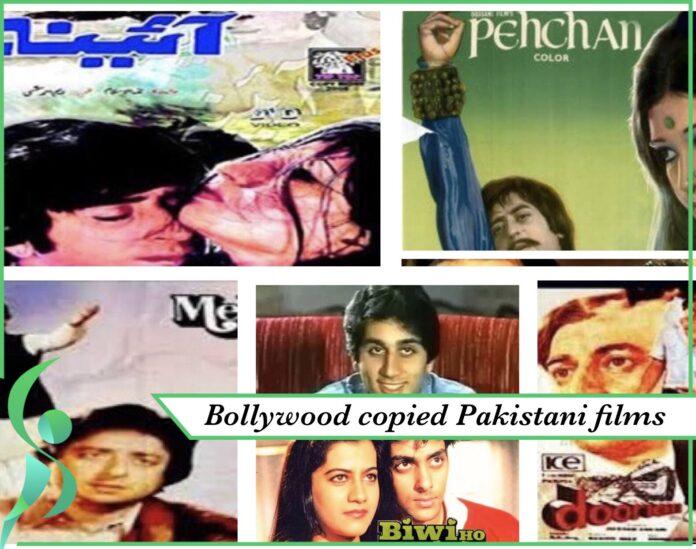 Bollywood gets a lot of criticism for its plagiarism of Pakistani movies and songs. The industry has almost become synonymous with plagiarism. Not only music and lyrics have been plagiarized but scripts and plots of movies have also been lifted.
Several indian movies have also been inspired by Pakistani movies. Here is the list of Indian movies ripped off from Pakistani movies. The complete list consist of a lot of movies and music but this countdown consists of only few popular movies.

Pakistani Golden Jubilee movie and a record breaker. Dooriyan was copied in India with Aandhiyan, Indian directors didn’t even bother to change the plot, the exact replication done back in 1990 and happened a big flop that time.

Namak, this Indian film released in 1996, Sanjay dutt played the leading role in this film, not only the plot but the theme Song was also the exact replica of this Pakistani movie pehchan.

Meherbani released in 1982 and Alag Alag released in 1985. Dialogues, plot, even the ever popular song “ kbhi khuwasihon ne loota” was also being copied by bollywood.

Do mention the other copies…