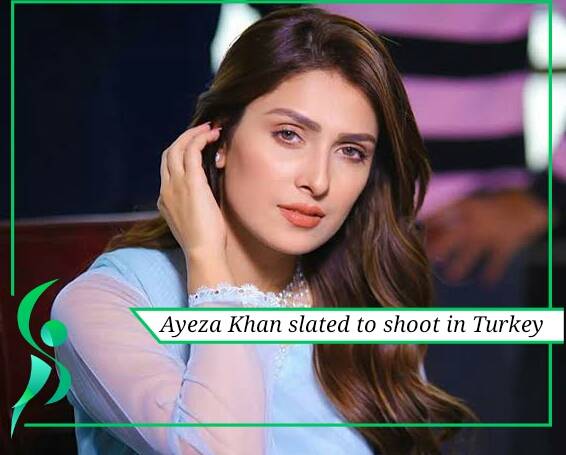 Ayeza Khan is one of the leading actresses of the entertainment industry. She has established herself as a prominent actress by her versatile performances in numerous hit dramas including the iconic “Mere Pass Tum Ho” opposite Humayun Saeed which catapulted her to stardom.

Ayeza Khan is roped in to shoot in Turkey for a Pakistani brand.
The actress revealed this on her Instagram account where she shared a boomerang in which she is seen wearing a mask with Pakistani and Turkish flags.

She is also the most followed celebrity since she crossed 8 million followers on Instagram and expressed her gratitude towards her fans.

She said, “Thank you guys so much for the love and respect! It is exciting to have such a huge number of followers on here. But I must say that the only reason I can celebrate this today is that I know how hard I worked to achieve whatever I have on this day.”
“But I wanna say one thing. I never focused my work and life on getting a bigger number of followers. It never works in the long run.”