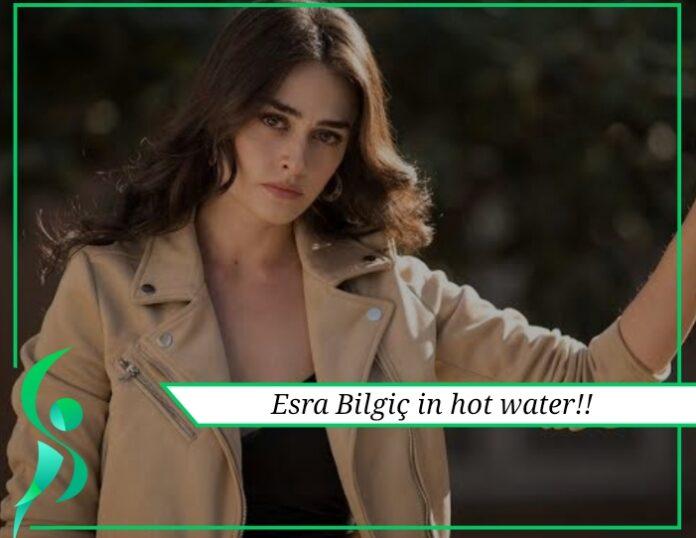 Esra Bilgic in hot water after a lot of fans were triggered when they saw the teaser for her new Turkish TV Series. She became globally famous for her role as “Halime Hatun” in the Turkish series Ertugrul which was loved by each and everyone who viewed it. Keep reading to learn why fans are disappointed in her right now!

Esra Bilgic in hot water after a viral scene from her new series!

Esra playing Halime is always seen draped in clothes that cover her whole body and applies the most minimal makeup during her role. This actually made people think that she might be the same woman in real life as well.

But when a scene from here new series “Ramo” went viral, it made a lot of people angry as she was seen kissing her co-star in the clip!

This is not new for the star as this is what she has to do being in the industry. But people apparently hate seeing her act in such a role! Some of the fans even expressed their disregard in the comment section of her teaser for the show!

This is it for Esra Bilgic in hot water! Keep visiting our website for more content and updates!