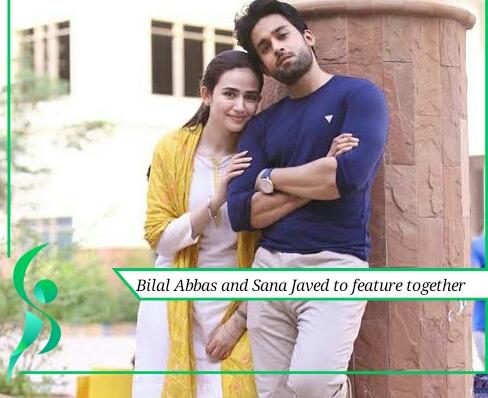 Being one of the most anticipated dramas of the year, the project features Sana Javed and Bilal Abbas Khan in leading roles. The show is slated for a late 2020 or 2021 release and has the viewers on the hook.

The drama has an ensemble of famous stars including Shahood Alvi, Fahad Sheikh, Laila Wasti, Saifi Hassan, Salma Hassan, Kanwal Khan, Noman Ejaz, and Azekah Daniel while people are rooting for the onscreen chemistry of Sana Javed and Bilal Abbas.

Sana Javed and Bilal Abbas both have made a formidable reputation by starring in hit dramas and delivering strong performances. The project is being developed under the banner of Big Band Productions.

Bilal Abbas shared his views on the project

“I can’t talk much about it, but its a very controversial topic and I know it will be discussed a lot. Although my character isn’t very challenging or out of my comfort zone its a very normal character. Story is very good, team is same as that of Cheekh, Balla, Ishqiya. But I am pretty much hopeful and excited that its gonna be a good project”

Well, we are excited for this one.