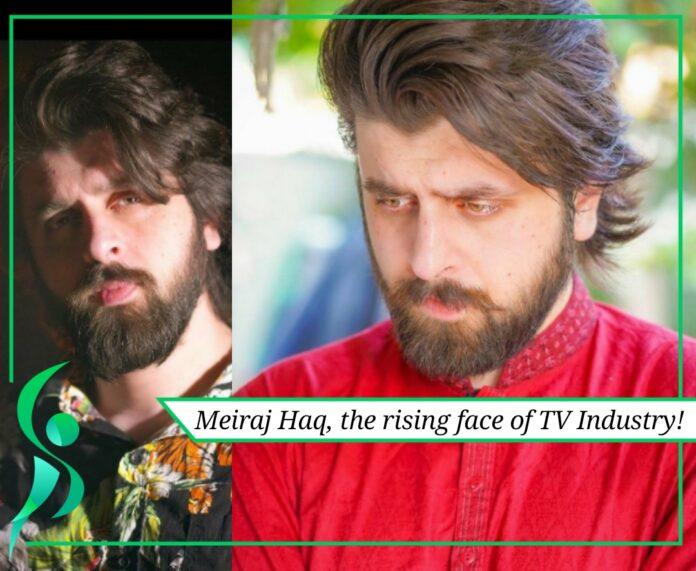 We see a lot of rising faces on TV every day, wether it be TVCs or drama serials, there always is a freshie that stands out in the crowd. Today, we bring you an exclusive interview with one guy of the same category from the hit drama serial “Sabaat”, Meiraj Haq. Haq played the role of Dr. Haris’ bestfriend in the drama and portryed his character perfectly.

The rising face of TV Industry!

The Sabaat actor gave us a chance to interview him and ask him several questions about his work and personal life. Keep reading to learn more about the new handsome hunk!

1- Tell us about yourself

“My name is Meiraj and i’m a filmmaker/actor. I’ve directed documentaries and different music videos but this one project which is very close to my heart is the documentary I wrote/Directed for Imran Khan for the last elections.Either Al Jazeera or BBC makes his official documentary but I had the honor of making it last time!”

2- Who would you say that this rising face draws strength from?

Meiraj told SPP, “A lot of different places but having faith in Allah and his plans gives me the most strength.”

3- As an actor what does success mean to you?

“I think when it is all said and done, people remembering you for your impact on society and what you did to bring about change!” said Meiraj.

4- The most inspiring figure from the industry?

“I would say Atif Aslam. I don’t remember him ever getting into a controversy. He minds his business and is very lowkey about things!”. And we absolutely love Atif Aslam too!

5- If there was one thing you could change about the industry, what would it be?

The rising face said, “Not having a structure to let actual talented people get opportunities to act,direct etc. I would want everyone to audition for roles like they do everywhere else.” And we too think that this kind of change should come around the industry, sooner or later.

6- What is the one thing Meiraj will never do?

Mr. Haq said that he would never “Break someone’s trust and i’ll never say no to eating biryani.” Who can say no to biryani??

7- Circling back to work, a great script or a great cast – what matters more?

“I think a mix of both. A good cast is needed to appeal to the masses in Pakistan and then backed up with a good script can do wonders.” And we think that a perfect actor can make a boring role bearable as well! Amirite?

8- When did you start acting and how many projects have you done so far?

“I have only done one project and it was Sabaat. I played the character of “Dr Murad” who was the best friend of “Dr Haris” in the drama.” And we loved how flawlessly he did his role! 😀

9- What projects are you currently working on?

The rising face said that he is “Not working on anything for now. Taking a little break.”

10- Where do you see yourself in the next five years?

“With loved one’s around and just being content with life in general!”

This is it for today’s rising face of the Lollywood industry! Keep visiting our website for more Lollywood content and updates! 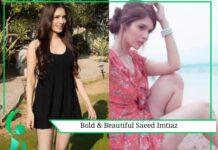 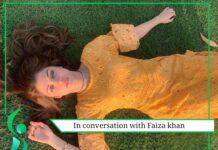 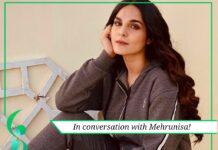