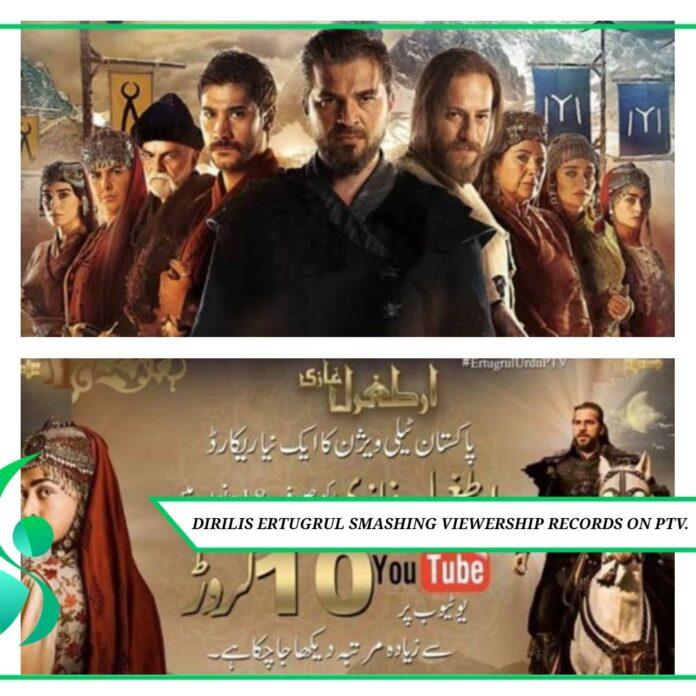 The popular Turkish drama serial Dirilis Ertugrul has currently smashed all the viewership records on YouTube channel of Pakistan National Television, making ways for its revival.

Dirilis Ertugrul was first released in 2014 in Turkey and kept increasing its seasons when it gained popularity. The popular streaming website Netflix also streamed its three seasons out of five. The plot of the acclaimed web series revolves around a Turkish nomadic leader, Ertugrul, in the 13th century, who was the father of Osman, the founder of the Ottoman empire.
The popular drama Ertugrul, known as Turkish Games of Thrones is aired on Pakistan National Television on the recommendation of PM Imran Khan. He wanted the youth to learn about forgotten Islamic traditions, values and struggles fought by the previous nations.


It was aired from the beginning of the Holy month of Ramadan, 25 April 2020. The Urdu dubbed version of the show has crossed 2.1 million subscribers and 133.38 million views, the drama is now set to break the record of new subscribers in a month on YouTube.

Dirilis Ertugrul has shattered all the popularity records in Pakistan. The serial is a huge success for PTV, marking the revival of the channel. According to the current statistics, the serial is currently in the top trends of Pakistan.

The series has attracted millions of audiences in a short period has open gates of opportunities in the entertainment industry.
With Ertugrul’s popularity on a rise, it seems the love for Turkish dramas is here to stay. The cast of the serial also took their social media accounts to thank the Pakistani audience for the love they have been pouring, celebrating Pakistan-Turkey friendship.

Well, we wonder what Shaan has to say about this, What about you guys? Tell us in the comments below.