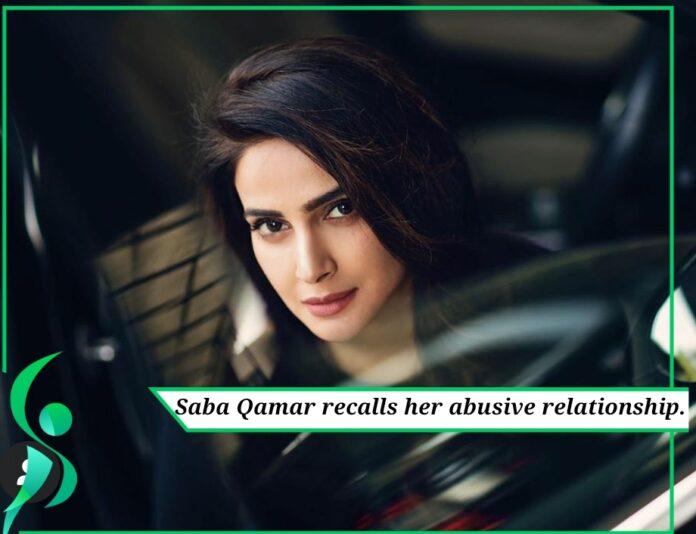 Saba Qamar, The bold and beautiful actress is back with yet another unfiltered version in her second episode released on her YouTube channel.


Saba Qamar, known for her fierceness is back with another powerful episode, keeping us entertained throughout the lockdown. Three weeks back she released her first episode “Isolation” depicting the current situation for which she was acknowledged widely.

And she has come with yet another episode in which she is seen talking about her abusive relationship and taking a dig at the journalist who asks her ridiculous question which left her offended.
Shoaib Khan, who is dressed up as an interviewer (mimicking popular host Sohail Waraich), ask her about her relationship status on which she quoted:
“From a very young age, girls are taught that even if they die, they will never leave the first man who came in their life. That one sentence ruined eight years of my life”.

The Baaghi actor also told her fans that the person mistreated her and eventually cheated her by marrying other women from her family.
“He lied to me, mistreated me, humiliated me, and later apologized. This relationship was important to me because I was thinking about marriage, so I kept it for 8 years thinking that He will change, but he did not, he destroyed my mental peace.

The actor further revealed that the man accidentally calls her name while getting intimate with his wife and one can imagine the next situation.
The Cheekh actor also told that she has named her dod Dino after her ex-boyfriend of 8 days.

Here is the link of Saba Qamar’s episode:

As soon as the episode was released the monologue started to circulate on the social networking sites, acknowledging the queen of the savage. The actor has been quite popular for being vocal about her personal life.

Ayesha Omar was the first celeb to comment, appraising the fierce attitude of Saba Qamar.

Many celebrities extended her support after this and we are quite loving it.