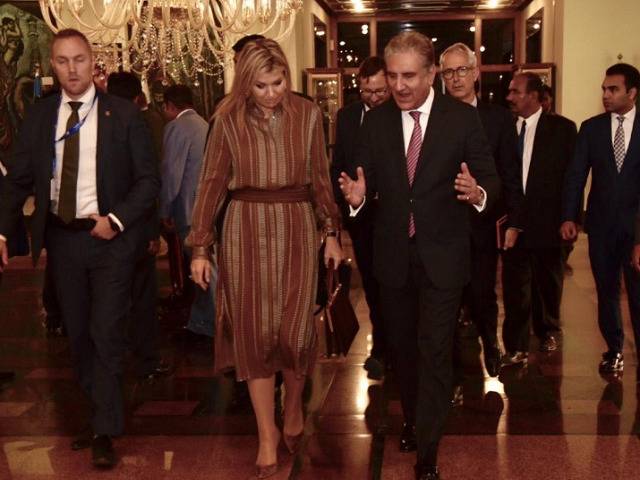 ISLAMABAD : Queen Maxima of the Netherlands has arrived in Pakistan on an earlier this day for three-day visit as a U.N. representative; United Nations Secretary General’s Special Advocate (UNSGSA) for inclusive finance for development.

The Dutch queen was received by senior officials from the foreign ministry; Shah Mehmood Qureshi and representatives of Dutch Embassy at the Nur Khan air base in Rawalpindi on her arrival.

She chaired a meeting in Islamabad on Monday morning where she stressed the need for greater use of technology to boost financial inclusion.

She will be in Pakistan till Wednesday, November 27. And according to Pakistan’s Foreign Office initial statement that Queen Maxima will meet Prime Minister Imran Khan and President Arif Alvi.

Hopefully she will be treating good and return contentedly to her home as Kate Middleton.