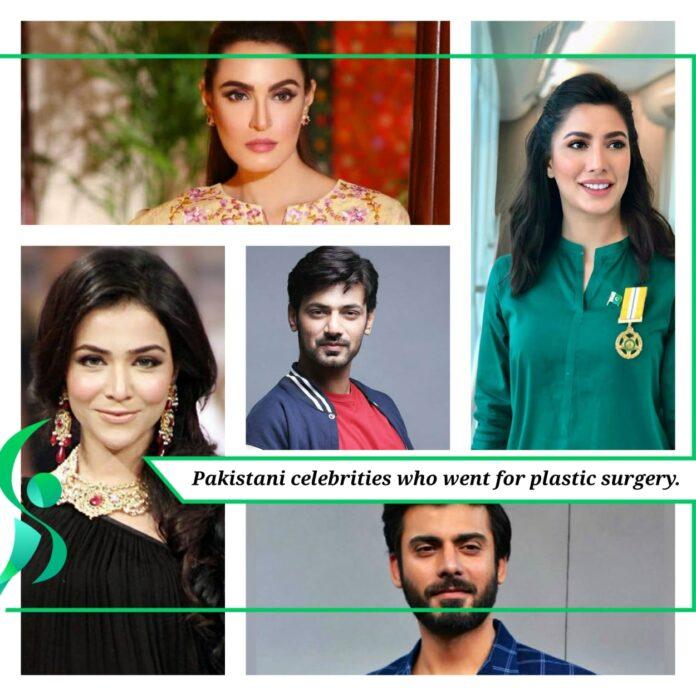 Years before Pakistani celebrities use to rely on their makeup for transformation but now they are opting for Plastic Surgery.

The world has been evolving with every passing day but not all changes are good. One such creativity introduced to the world was Plastic Surgery. This way of transformation can either enhance your features, or it can be proved disastrous.

However, one thing which can be said is does not show a positive effect in longer run. Here are before and after looks of known Pakistani celebrities:

Sara Loren was one of few Pakistani celebrities, adored for her natural fragmented look. The celebrity went under major transformation before her Bollywood debut but it went terribly wrong. The money was drained as well as her career.

The superstar went for an alteration in her lips and face and looks like she choose the perfect surgeon for it.

Sadia Imam was an unfortunate person in terms of Plastic Surgery. She went for minor variations first but when she got an implant in her cheeks and lips, they give her a very unnatural look.

Mishi Khan is in the list of Pakistani celebrities who went for transformation when she was naturally aging. All the lines from her face and under eyes are gone but she cannot turn the clock back even now.

Amina Haq was in the list of those Pakistani celebrities whose career went downhill after alteration in her cheeks bones and lips. She also lifter her eyebrows which give her an artificial look.

We still dont get who told her to go fuller lips. The innocence of her face was left behind after she went for cosmetic alteration.

Fawad Khan is another Pakistani artist who is rumored to went for rhinoplasty and jaw augmentation.

Over the years Nadia went for minor changes . The surgeries she decided to went through were lips, cheeks and nose.

Zahid Ahmed is among the few Pakistani celebrities who were vocal about their transformation. He admitted in a video and regrets getting it.

Fiza Ali went through botox and lip augmentation giving her a natural face. She never admitted it but her disappearance from the TV said a lot.

Mehwish Hayat went for a change in a few steps which was acceptable for her fans. The expressions and natural look are all gone now but this didn’t make her stoppable.

Humaima Malik is also in the list of Pakistani Celebrities who went for transformation before her Bollywood debut. She went through a lip job for bigger and fuller lips.

That’s for all today folks ! Let us know what do you think about these major transformations.