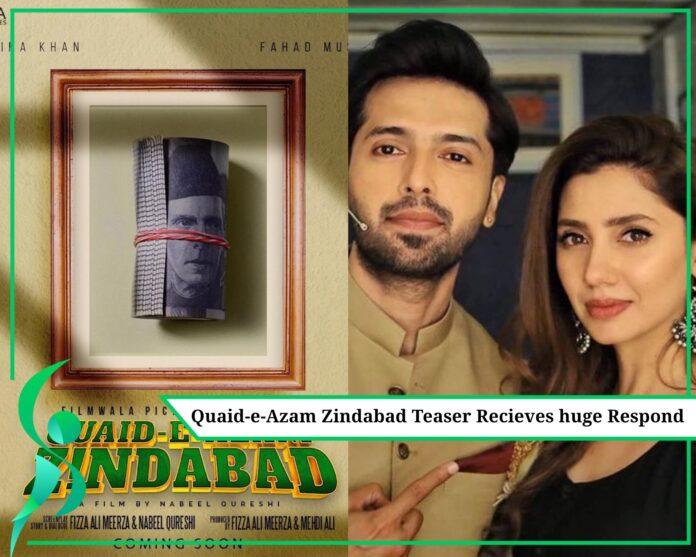 The released picture is being appreciated by the fans and it is being said that the picture is very lively and meaningful.
The actress as well as the director of the film, Nabil Qureshi, while sharing the photo, wrote, “Have you ever wondered why there is a picture of Quaid-e-Azam on the note?”

It should be noted that Fahad Mustafa is playing the role of a police inspector for the first time in the film “Quaid-e-Azam Zinda Bad” and the film is being declared as one of the biggest films of this year.