Home Extraaa Masala Faisal Qureshi to make a high-quality web series on the subject of... 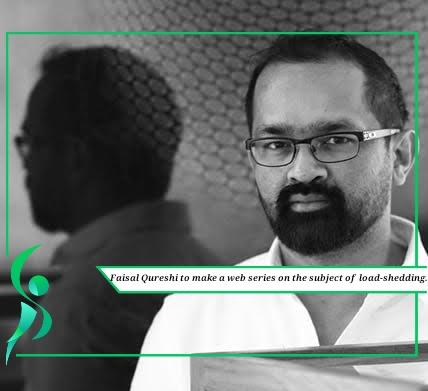 The producer of Money Back Guarantee Faisal Qureshi, to make a web series on the subject of load-shedding, hoping to release on the digital platform.

While Asim Abbasi is brewing to unleash his web series titled Churails on ZeeTV, and the acclaimed duo of producer-director Fizza Ali and Nabeel Qureshi is working on the theme of Lyari gang war, the all in one personality Faisal Qureshi is determined to make a web series on the subject of load-shedding.

The Teen Bata Teen producer, Faisal Qureshi is all geared up to dive in the digital water with a web series on the subject of load-shedding. A stumbling-block which most of the Pakistanis, particularly Karachiites are well knowledgeable of.

In an interview with a local newspaper, the producer stated,” We are sorting the logistics at the moment since the entire series will be shot in the slums and will feature night sequences. It will have six episodes and because it’s based on load-shedding, there can’t be much lighting.”

The web series which is not given any title yet is still in its pre-production stage and, will feature late-night stories of various characters. The MBG producer also told that new faces will be introduced, moreover shooting will start in September.’ The script is in the process and, I’ve communicated what sort of sequences I want and, we are going to start shooting in September’.

The Teefa in Trouble actor, further added that it is too soon to release the names, but he pointed out that he is aiming for a Netflix or Amazon release.”I’m not aiming for Zee5 but I will send it to Amazon and Netflix. Either way, people abroad will add value to my work. Everyone here only judges your production by the worth of your set, not your idea”.

Faisal Qureshi also shared light on why no one in Pakistan is setting up a digital platform. He explained, “Everyone I know here is trained to invest small and expect big, nobody wants to take the risk of investing in a digital streaming platform when the handful of channels we have are sufficient to cater to the numbered actors we bring each year”.

Moreover, he also talked about the much-awaited release of his film, Money Back Guarantee, “Our post-production slowed down because of the pandemic but I’ll let you know when we’re releasing it,” he added.

A web series on the subject of load-shedding is quite an interesting topic and we are sure that Faisal Qureshi will not disappoint us. What do you guys think? Tell us in the comments below.