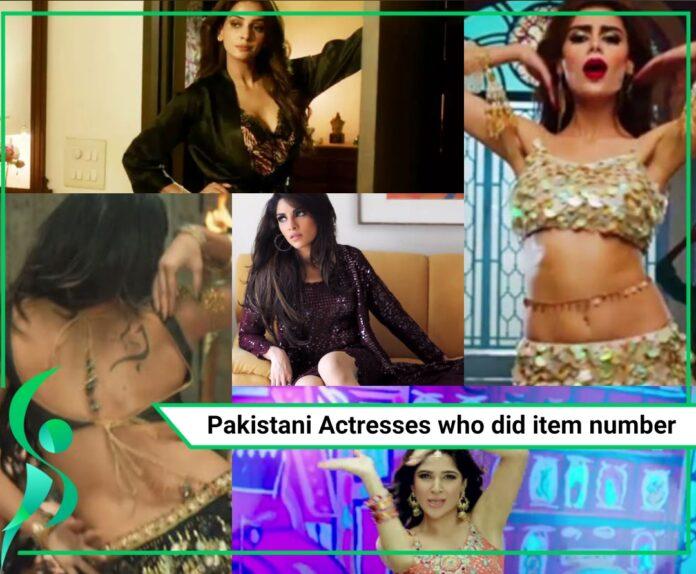 Pakistani people are now used to see their actresses dancing on screen for item songs wether it be a low budget or a high budget movie. There have been many people who critisize it but most of the viewers love seeing our girls blow up the screens with their moves. So, here is the name of 5 Pakistani actresses who appeared in item numbers.

The very first on our list is the bold and beautiful Ayesha Omar. Ayesha apperared in her very first item song “Tutti Frutti” which was the part of movie “Karachi Se Lahore”. The song was a hit masterpiece and also, it was Ayesha herself who sung the whole song and performed it with major brilliance.

Watch her perform in this video!

Read more about her here.

The well loved Mehwish Hayat is the one who received the highly appreciated “Tamgha e Imtiaz” for her works in the film industry. Hayat has done many brilliant roles in her career and also appeared on the screen for 2 item numbers named “Billi” and “Gangster Guriya”. And we can say without a doubt that she killed it in both her songs.

Watch her performances below!

The ever green Saba Qamar also did 2 item numbers in her career called “Kalabaaz Dil” and “Mastani” and show cased her perfect skills in both the songs. Anyone who watches these would definitely fall in love with her amazing moves. If you don’t beleive us, watch it for yourself

Model turned actress Sadaf Kanwal appeared in an item song called “Kaif O Suroor” and wowed people with her awsome belly dancing skills. Peop\ple loved her performance and she was duely appreciated for her efforts.

Watch her show off her perfect body below!

Another beauty Zhalay Sarhadi was seen showing off her perfect dance moves in the item song “Jawaani” for the movie Jalebi. Sarhadi made everyone awestruck with perfectly choreographed steps and never before seen energy!

Take a look at her moves for yourself!

That was our list about Top 5 Pakistani actresses who appeared in Item numbers – have something in mind? PLEASE DO COMMENT