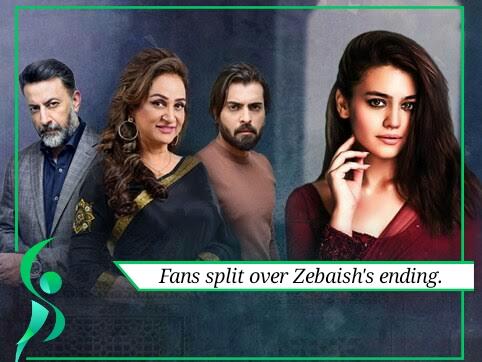 The drama “Zebaish” has been one of the most followed dramas since its first episode.
Featuring a star-studded cast of Bushra Ansari, Zara Noor Abbas, Asad Siddiqui, and other big names.

The drama revolved around the family of Shahana Sultan who is a famous actress.

The family faces tribulations due to differences between the cast and the blissful family of Shahana Sultan goes into turmoil.
The last episode of the drama aired this Thursday and it featured the climax of all the politics and differences among the cast face their trials.

The audience was in a split over the last episode of the drama as some deemed it to be below standard and some ranked it high.

What do you think about the last episode of Zebaish?