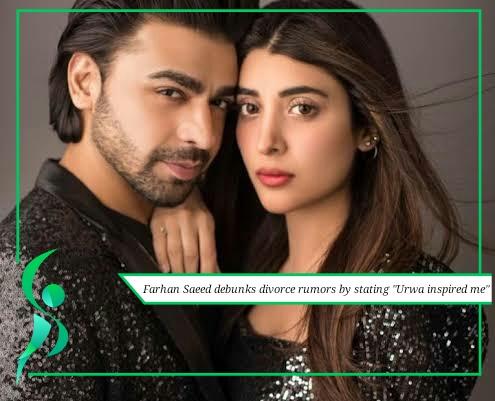 Farhan Saeed and Urwa Hocane are two of the most sought after celebrities of the entertainment industry in recent times.

The stars tied the knot in 2015 and have remained in the spotlight since then for their glamorous appearances and
The rumors of their divorce took social media by storm recently with various outlets declaring that the couple has split while the families of the couple have denied these allegations.

Neither of the stars has commented on these rumors which fueled the speculations to a tipping point.

Recently, Farhan Saeed appeared in an Instagram video in which he stated that” Urwa inspired me”.
We hope for the best for them.

What are your thoughts?
For more news and trends, follow.