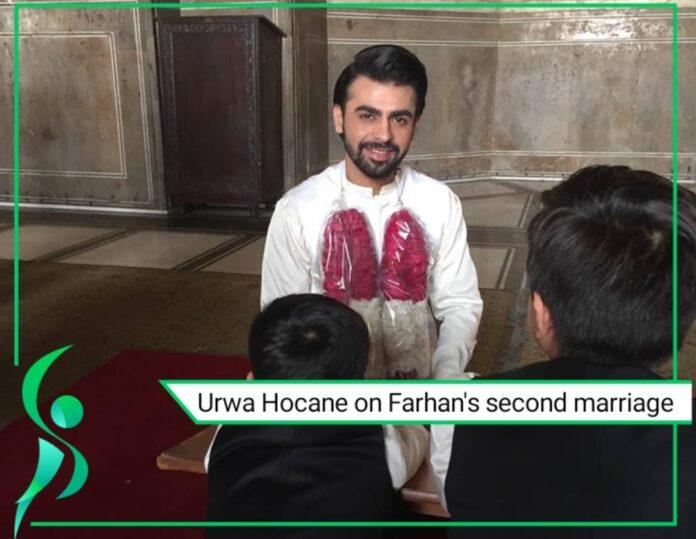 Recently, a video surfaced online, where actress Urwa was seen talking about her husband, singer, and actor Farhan Saeed’s second marriage. The chat show was recorded during the promotion of her film “Punjab Nahi Jaungi.” The host Sanam Baloch asked her about her reaction if she gets to know that Farhan is getting hitched for the second time. To which, the actress replied, that she will not stop him if he wants to marry someone else.

The reaction of the actress was quite sporty and was taken in a fun way. The couple got married in 2016, in a lavish wedding ceremony, attended by many known celebrities.

The actress Urwa was all praised for her role in the Punjab Nahi Jaungi, is now appearing on HUM TV’s drama serial titled Mushk alongside Imran Abbas. On the other hand, Farhan Saeed became a household name after the airing of Suno Chanda besides Iqra Aziz. He is now sharing screen space with Sohai Abro in ARY’s drama, titled Prem Gali.

Farhan Saeed and Urwa Hocane make the balmiest couple of the industry, often sported at events together. Well, we wish both a lifetime of happiness and togetherness. What do you think about this couple? Let us know in the comments below.