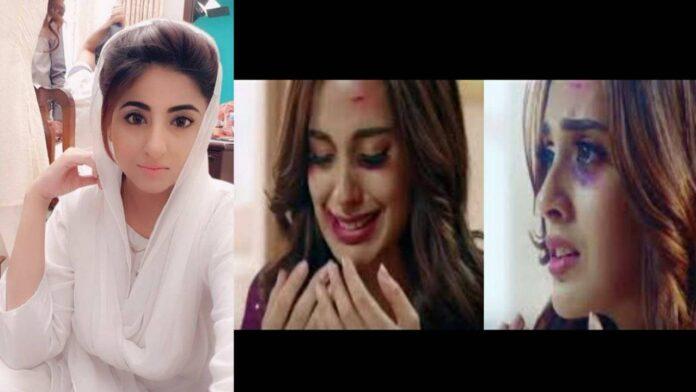 People are fuming with rage after watching the teaser of upcoming ARY drama “Jhooti” that showcases a girl who lies about domestic violence.

In our country, every single day women become a victim of abuse and violence and the drama is portraying them as a liar. Maybe 2 out of 10 women are liars but still, it surely hurt many girls who were/are victims and survivors of domestic abuse.

We talked to the real-life survivor of domestic violence who is now striving to be happy and successful for her baby, Fatima Sohail. In an exclusive interview with Showbiz Pakistan, Fatima Sohail condemned this drama saying ” This is totally unethical, I don’t appreciate it at all. The teaser is trying to give a gesture that girls are liars or they lie when they say that their man beats them, its conveying wrong messages.”

Most of the people are condemning the teaser but maybe we just wait for more teaser to get the whole story.