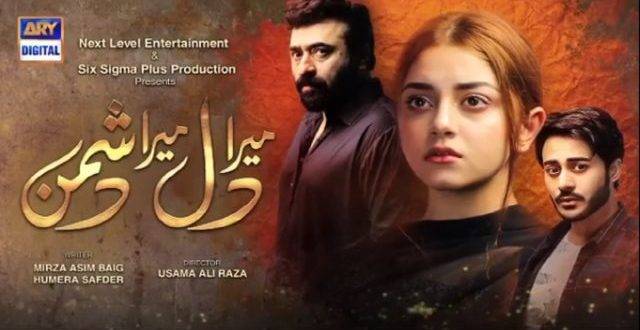 Directed by Usama Ali Raza and written by Mirza Asim Baig and Humera Safdar, ARY Digital’s new “Mera Dil Mera Dushman” is soon to be on-air with the teasers already been screened.

The lead cast includes none other than the lovebirds Alizey Shah and Noaman Sami along with Yasir Nawaz. The ‘Ehd-e-Wafa’ actress is currently the ‘crush’ of half of the population of Pakistan. But without a doubt it can be said that we are also a fan of her acting with her incredible performance in ‘Jo Tu Chahe.’

Noaman Sami who is in a relationship with Alizey Shah, also working currently in Hum Tv’s ‘Mera Yahan Koi Nahi’ and this is the first time both will be seen together in a drama serial.

The teaser shows Alizey in a wedding ensemble and seems like Noaman and Alizey are in love with each other. But, another teaser shows that she is getting married to Yasir Nawaz instead of Noaman Sami.

The release date for the drama is yet to be announced and we hope that it turns out to be as good as the teaser seems.