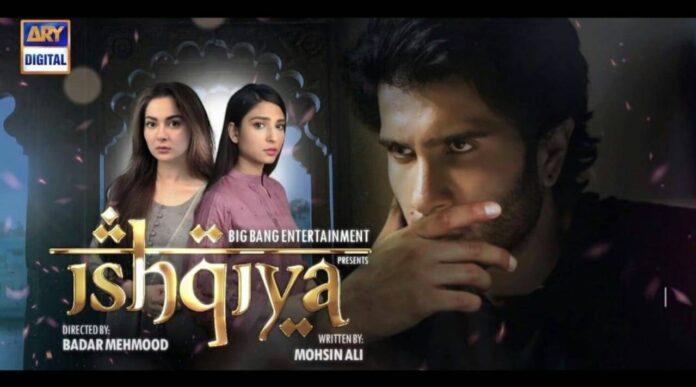 ARY Digital showed the first ever teaser of drama serial Ishqiya which will be soon on air. Two of the young and talented celebrities of Pakistan’s entertainment industry will be working together in this drama serial.

Feroz Khan gained immense popularity after his outstanding acting in Khaani. On the other hand, Hania Amir has always been the cute dimple girl being the crush of half of Pakistan’s population. One can only imagine what a blockbuster it would be when these two work as the main cast.

Ishqiya is a twisted love triangle and other than Feroz and Hania, Ramsha Khan and Gohar Rasheed will also be seen in pivotal roles.

Badar Mehmood is on the director’s seat for this drama while Mohsin Ali is the one taking control of the story. The release date is not revealed yet but we are very eager to see what they have to offer to the audience.

Have a look at the teasers below: