Home Movies Trailer of Malala’s biopic ‘Gul Makai’ is out 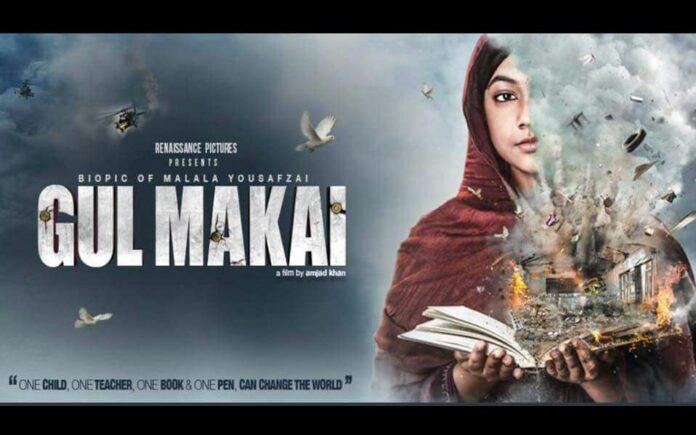 Malala Yousafzai, a young Pakistani activist known for speaking out in favour of educating girls and highlighting the atrocities of Taliban is a Noble Peace Prize winner of 2014.

“Gul Makai,” a Bollywood production is a biopic of Malala which is set to release on 31st January 2020. The story dates back to 2009, shows the courageous journey of Ziauddin Yousafzai family, when Swat Valley of Pakistan was seized by Taliban gunmen and Sharia Law was imposed upon its people.

Gul Makai is the pseudonym used by Malala when she wrote blogs for BBC Urdu during the Taliban rule.

The trailer gives a sneak peak of the struggles the young girl went through in her life. How her bravery gained worldwide recognition is also highlighted in this film.

The role of Malala is played by Reem Sheikh. Other actors included in this biographical movie are Divya Dutta, Pankaj Tripathi, Atul Kulkarni and Mukesh Rishi. The director is H.E. Amjad Khan and the producer is Sanjay Singla.