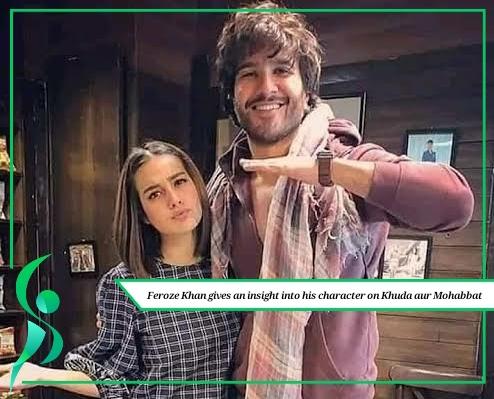 The much-awaited drama of Feroze Khan, starring alongside Iqra Aziz, is all set to release at the end of year or start of the next year.

In the past week, actor Feroze Khan was in the news due to her alleged split with wife Alizey. But, as things slowed down, the actor shared a picture on his gram from his much-awaited serial, titled ‘Khuda aur Muhabbat.’ The picture was captioned with the following lines:

Earlier, some BTS were released too, shared below:

The first two seasons were quite a blockbuster, which starred Imran Abbas and Sadia Khan in lead roles. However, we have to wait to see, if Feroze Khan and Iqra Aziz will match up the previous pair or not. Khuda aur Muhabbat, season 3 is directed by Syed Wajahaat Hussain and written by Hashim Naveed. It will be aired soon on Geo Entertainment, presented under the banner of Abdullah Kadwani and Asad Qureshi’s 7th Sky Entertainment.

We can’t wait for third instalment, what about you ? Let us know in the comments below.