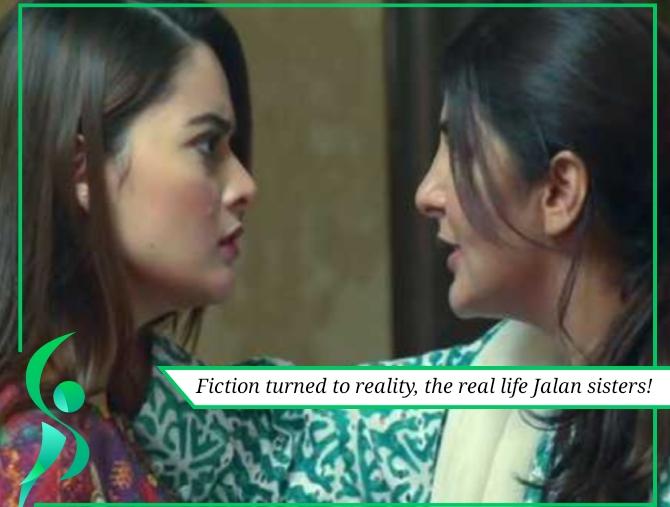 The very famous onscreen drama “Jalan” shows a story of two sisters, one jealous of the other. It stars Minal Khan as the jealous one who took over Areeba Habib‘s lavish life. This is a pretty not-so-random tale of jealousy between the two siblings and we really don’t see a lot of sibling rivalry happening in such a way in real life! But because of a viral video of two little girls, fiction turned to reality and we saw a reflection of Nisha and Meenu between the two 😀

As a new video went viral in which we see two girls fighting over blowing a birthday candle, we could not help but find resemblance in it. The girls looked like as if the two sisters from Jalan fighting over who gets their turn with the cake 😀

Not only us but a lot of viewers also thought that these two looked like Minal and Areeba from the hit serial, they were not wrong in any way as we had ditto thoughts 😀

Due to the similarity between the drama and the video we could not help but keep rewatching the funny short clip as it defines sibling relationships so so well. And the best part of all is that the two girls are each other’s sisters! It surely made our day as it really was a true case of fiction turned to reality.

What do you guys think of this little viral affair! Did you and your siblings fight the same way? Did it bring back memories from the past? Let us know!

Do follow us on the Gram! And also, visit our webpage for more lollywood viral news and updates.