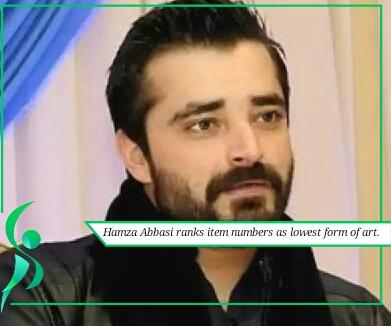 Hamza Ali Abbasi, one of the most talented actors in the entertainment industry has given strong performances in films and dramas. His most noted works include “Pyaray Afzal”, “Man Mayal” and “Alif”.

Also famous for his statements ranging from social to religious issues, Hamza Ali Abbasi took a hiatus from his career to focus on his life.
Hamza Ali Abbasi creates headlines nearly with his every statement and action. He has been vocal about the cultural erosion taking place by copying Western culture.

Recently, the “Pyaray Afzal” star gave an interview to a private channel that featured his stance on item numbers in films.
The actor has been against item numbers for quite a while now reasoning with culture and religious norms. Adding that item numbers is not necessarily required to produce a good film.

Hamza claimed that the item songs have had a negative impact globally and he also has been impacted by them while growing up watching Bollywood.

What are your thoughts on the topic?