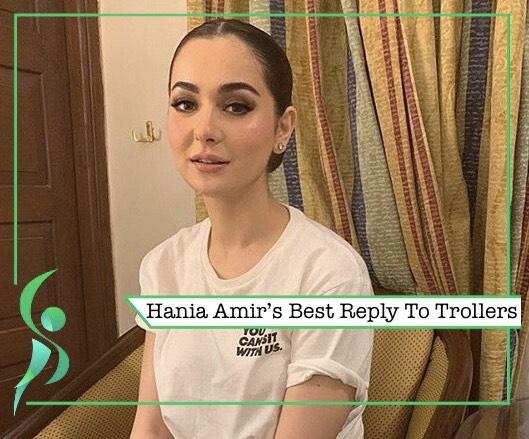 Hania Amir knows the best to respond to all the mean and hate comments. Apart, from her being super active on social media she deals with all the negativity in the best way. She is recently seen on Ishqiya opposite to Feroze Khan in which her role Rumi is loved by everyone. But on the contrary, there is recently huge controversy going on due to her confession of how she is not dating Asim Azhar.

Now coming to the back story if you guys already don’t know that Hania Amir and Asim Azhar was allegedly dating each other or it was rumors who knows. As both the singer and actress were seen almost everywhere together may it be concerts of Asim Azhar, Instagram stories, celebrity weddings, award shows, or YouTube videos. They were always seen together so people concluded that they are dating and none of them didn’t deny any rumors despite being so open on social media. But they didn’t announce anything officially.

So, Hania Amir recently in a live joined video with Aima Baig confessed that she is currently not dating Asim Azhar or any other person and she is single for some time and Asim is her great friends. which just not shocked us but Aima Baig as well. But the meme game is on fire nowadays and everyone just needs a topic to make thousands of memes they might be funny but sometimes they do cross the line which is not fine.

Hania Amir: “This is not a word to be joked about.”

Recently, someone on twitter replied to Asim Azhar’s tweet using a very sensitive word “suicide” which is something that pissed off Hania Amir.

To which Hania Amir replied in a very serious tone: “This is not a word you joked about. You’re not funny. I am not laughing.”

We personally think Hania Amir is perfectly fine and suicide is really a sensitive topic to which we shouldn’t even highlight. What are your opinions on it? Do comment down below.