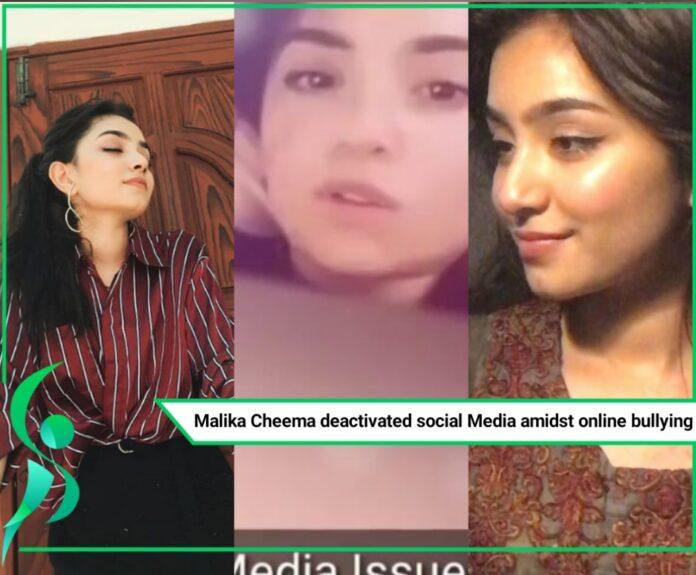 The year 2020 has been extremely controversial in many ways, there have been many people that faced online harassment due to leaked pictures, videos and snaps. One of the victim of this leak trend was the very popular tiktok star Malika Cheema herself. She gained over 7 million likes on her TikTok account in a short amount of time and has over 110K followers on Instagram. But when the social snides towards her became too toxic, Malika Cheema deactivated social media all at once.

During the last two months an adult video had been making rounds on the social media that people claimed were of the famous TikToker. Some people went even as far as saying it was Cheema herself that had leaked this personal stuff online. But some people thought it was the video of a girl that only resemled Malika.

This whole scenario finally took a toll on Malika and she deactivated all her social media accounts so that no one could approach her anywhere. We can only imagine how hard it would have been for Malika to receive all the backlash for something that she wasn’t even a part of.

We personally think that sometimes memes go too far when it comes to the subject of bullying or harassing someone. Memers don’t understand the mental damage all their so called “Fun” gives to the person being made fun of and all the memers should consider bringing the trolling down a notch.

To learn more about this sotuation, watch the video below.

What do you think about all the current TikTok drama? Let us know!