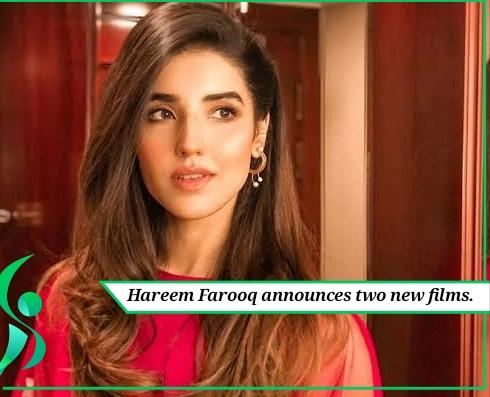 Hareem Farooq, the popular film producer, stepped into the film industry in 2013 with a release of a horror film Siyaah. Directed by Azfar Jafri and produced under the banner of IRK films, the film was partially successful at the box office.

Afterward three years in the year 2016, she co-produced a film with IRK films by the name of Janan. Hareem Farooq marked a guest appearance in the film. It was a success at the box office and the film was widely appreciated for showing the beautiful scenery of Swat Valley, which was once under the governance of the Taliban.
Later in 2016, Dobara Phir Se was released that performed satisfactorily at the box office and the cast was critically appraised for their stellar performances.

In 2018 and 2019, the Diyar e Dil star appeared in Parchi and Heer Maan Jaa opposite Ali Farooq, yet again produced by IRK films and directed by Azfar Jafri. Both of the films were a massive hit at the box office but criticized by the audiences for their storyline.

In the recent live session with Asim Jofa, the star revealed that the team was shooting for a drama that was temporarily stopped due to the COVID.
” We started working on a film and it was scheduled to release next year but due to the current situation the release has been pushed for now,” Hareem said.
” After one week of depression we decided to work on the concept of another film which is in process and will arrive in the market with two new film projects,” She further added.

The superstar also stated that she loves to work in films more and is looking for a brighter future ahead of the film industry.
We are quite excited about the releases, what about you guys? Tell us in the comments below.