Home Extraaa Masala Has Amina Sheikh embarked on a new journey of life? 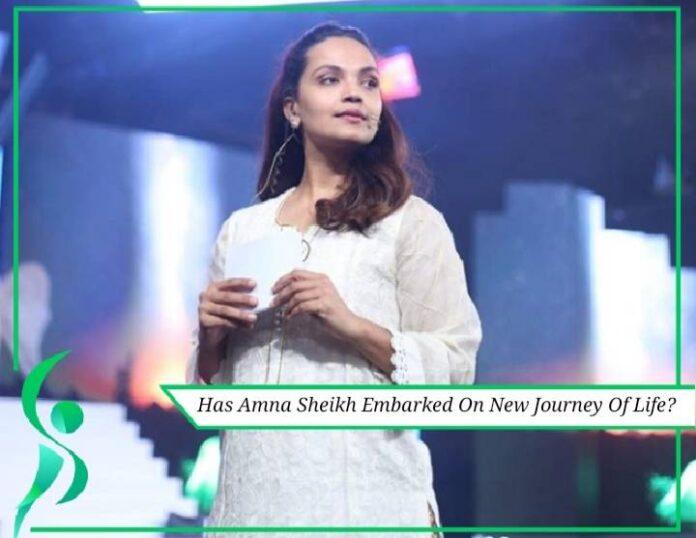 Actress-model Amina Sheikh, which parted ways with Mohib Mirza, made her Instagram followers wonder whether Amna is remarried or is about to do so.

Amina has shared a photo on Insta in which Amina and probably her daughter Maisa’s hand is on top of a man’s hand, no one’s face is visible in the photo.

The highlight of this picture is the 2 male and female rings on the girl’s palm that look like wedding rings.

Amina did not write anything in the caption with this post but in the comments, besides followers, actress Mansha Pasha, model Nadia Hussain, and Sunita Marshall also expressed their happiness and congratulations.

Most of the actress’ followers also came to the same conclusion and expressed their best wishes for a new beginning in life.
At the moment, there is no reaction from Amina after sharing this meaningful picture, but her fans are anxiously waiting to know the truth of this picture.

Amina Sheikh has been missing from the screen for a long time, her last film is Cake which was released in the year 2018.
Earlier, in an Instagram post on Father’s Day, Mohib shared a photo with his daughter and told his followers that he did not know where Maisa was.

Mohib wrote in the caption “I wish I could know about it, my prayers, and hope that I can see my love, my Maisa, soon”.
Amina Sheikh and Mohib Mirza parted ways in 2019 after 14 years of marriage due to personal differences.

The two were married in 2005 and gave birth to Maisa in August 2015. Maisa is his only child in the custody of Amina Sheikh.