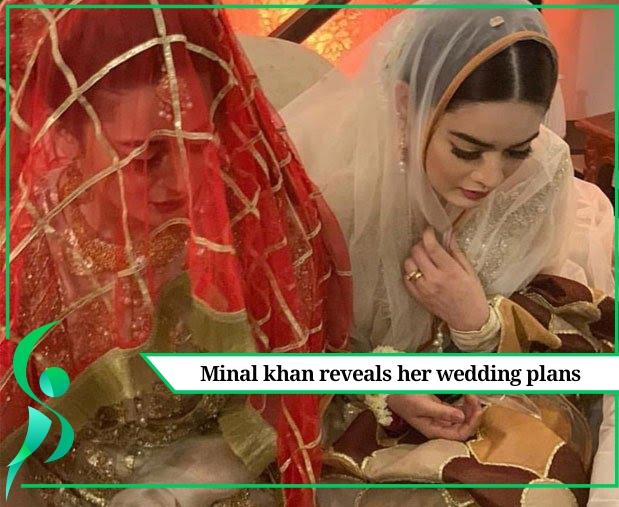 In a live chat with singer Aima Baig, Minal Khan dishes about her wedding plans.

Actor Minal Khan and singer Aima Baig recently bonded during a live session on Instagram. The two discuss a variety of topics, one of the topics on which the two touched was the wedding plans of the actor.

Aima asked Minal Khan when she plans on getting married and starts a family of her own. The singer quoted,” Aiman has already given as Amal(her daughter). Now when will Minal get married”?To this, the Jalan star replied,” Let me tell you this, Marriages don’t happen alone. Aima found a great guy in Muneeb. She immediately got married to him”.

Moreover, the young starlet also pointed out how men are like in the present day.” Now men like Muneeb aren’t available and it can’t be found everywhere,” she said.

The actor was previously rumored to be engaged with Manzoor Khan and reportedly the two have called it quits. Here is the link of the chat, between Aima Baig and Minal Khan.

Minal Khan is currently portraying the role of jealous sister in the drama serial titled Jalan where she has essayed the role upto perfection.