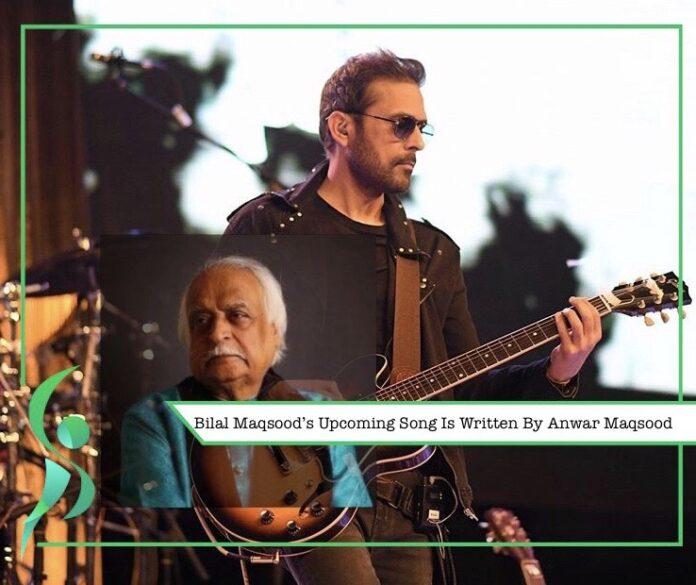 Bilal Maqsood is some of the singers to whom Pakistan is very proud of. He is the main pillar of his band strings and always comes with the best songs, compositions and everything in the best way related to music. He’s well known not only for his band but also due to his tremendous work in Pakistan’s famous “Coke Studio.” The last year he resigned from coke studio which left his friends really disappointed.

Not just through his songs the singer is also entertaining his followers with different things during this quarantine period and there is no doubt in saying that we are really enjoying his active-ness on social media. Not just that now the singer is working on another song which he is preparing all by himself.

Recently he just revealed the glimpse of his upcoming song through the medium of Instagram. The name of the song is “Ye Pyar Ka Roug”, he also wrote the poetry with the description of his songs which we think that is the lyrics of his upcoming song.

Well, we all really excited for his another for sure to be master piece. And what make us more excited is that it is written by “Anwar Maqsood.”

Bilal Maqsood’s Statement About His Father:

Anwar Maqsood writes everything so beautifully that no one can resist to love it. And Bilal Maqsood is for sure luckiest to have him as a father. In his recent live on Instagram, the singer confessed that Anwar Maqsood’s lyrics in this song is not a collaboration as he is a major part of the “strings”. He said: “The thing is I won’t call it a collaboration since he’s a part of strings now. We have grown with my father’s poetry. Starting from Durr; that was the first song he wrote for Strings. Before that, we wrote the two albums ourselves,”

Can’t wait for it to be released! What are your thoughts on this upcoming song?