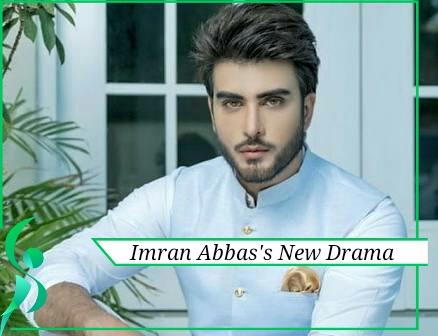 Imran Abbas is a revered personality of the Pakistani entertainment industry who is known for his iconic roles in Khuda Aur Mohabbat, Mohabbat Tum Se Nafrat Hai, and other critically acclaimed dramas that have garnered him a mass fan following over the years.

Currently, Imran Abbas is working on a new project titled “Amanat” in collaboration with Samina Humayun Saeed and Sana Shahnawaz under the banner of Next Level Productions.

The project has Imran Abbas and Urwa Hocane as the leading duo and will be shot in Islamabad and Karachi. The supporting ensemble includes Saboor Aly, Haroon Shahid, Saba Hamid, Sheheryar Zaidi, Babar Ali. Gohar Rasheed is also expected in a special appearance.

Imran Abbas shared his collaboration with his fans on Facebook.

This is Imran Abbas’s first project with Sana Shahnawaz and he is thrilled to work with the producer and was all praise for the script of the drama. Imran reflected on the situation,
“It is a circumstances-based love story and a very interesting script. I’m working with this production house for the first time; I’ve previously worked with Humayun bhai (Six Sigma) but this is the first time I have got a chance to work with Sana Shahnawaz who is a very dear friend of mine,”.

Sana Shahnawaz who is collaborating as the producer is also excited for the project to commence and is satisfied with the cats of the drama as she said,” These characters are tailor-made for these actors; we always knew which actor will play which character so we waited and managed to get all of them on board,”.

The project is going to be aired on ARY Digital while the soundtrack is composed by Naveed Nashad who has previously composed famous soundtracks of Meray Paas Tum Ho, Suno Chanda, Do Bol, Ishq Zah-e-Naseeb, and Yeh Dil Mera.

Laced with a talented cast and innovative team, the project can garner acclaim from the fans.
For more exciting news and trends, visit.