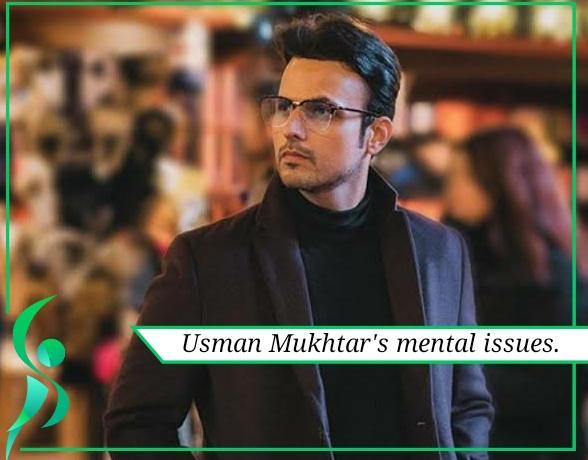 Usman Mukhtar is one of the brightest stars of the Pakistani entertainment industry who has garnered critical acclaim for his dynamic performances.

Usman Mukhtar’s strong portrayals of various characters have established him as a formidable individual in a diverse industry.

However his recent role in Sabaat has received criticism. With powerful performances in dramas like “Anna”, the portrayal of Dr Harris has had a diminished impact than the previous role.

Commenting on these experiences Usman Mukhtar shared, “Sabaat was a roller coaster ride inside it was filled with emotions but outside for me, it was filled with lots of emotions because people weren’t happy with the fact that I was not entering then when I entered people had an issue with the therapist-patient thing then when it got addressed people weren’t happy with the kind of role it was, so it was a roller coaster ride and it ended on a positive note.”

Reminiscing about his role and the future possibility of playing this genre again, he remarked, “I won’t ever take such a role because my mental health is also very important. We make somebody feel very special in one second and then we make them feel useless in another second. I have gone through a lot mentally during this entire period Of Sabaat and just for that reason I wouldn’t want to do this again.”
It seems like Usman Mukhar has his reflections about his role and the reaction that he received from the audience.

It seems like Usman Mukhar has his own reflections about his role and the reaction that he received from the audience.

“But somehow our audiences take it too personally. After Anaa people had built up their expectations and I feel like they don’t wait. We love to create hot gossips which people love to share so in this way we don’t have patience. If you know about the ending of drama then why are you watching it? You learn about the characters an the story which unfolds with each episode but I feel like people assumed a lot and at MA y points they were proved wrong,” he added.

We believe that Usman is a brilliant actor and wish him the best.

What are your thoughts on this matter?