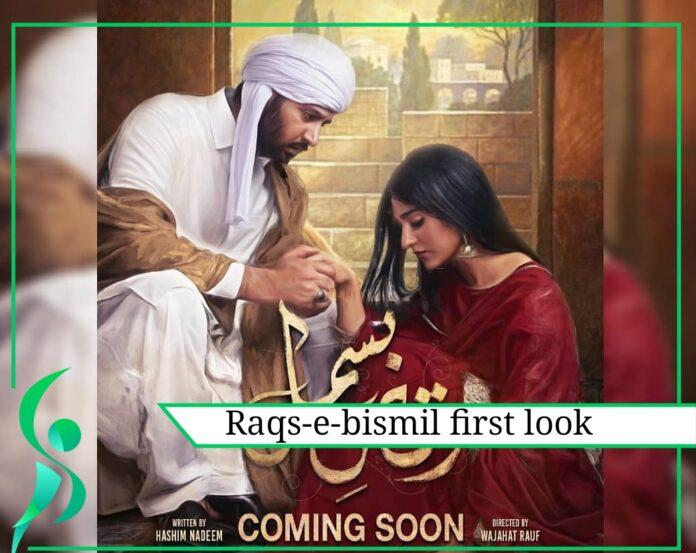 Raqs-e-bismil, a brainchild of leading drama writer Hashim Nadeem, the drama story is going to be deep and emotional for the audience with a slight touch of a thrill as stated by the writer. Starring the two most loved Pakistani showbiz stars, Imran Ashraf and Sarah Khan, and their fans are eagerly waiting for it.

The drama serial Raqs-e-bismil will be a masterpiece according to the social media critics’ reviews based upon the storyline and cast. Still, for those who will decide by watching the drama serial, it will soon be aired on HUM Network, most probably by the end of 2020.

The HUM Network has revealed the cover look of drama serial Raqs-e-bismil having Imran Ashraf and Sarah Khan in the frame. The first look is quite intensifying yet eye-catching, and the Pakistani drama audience has already gone mad about it. Well, as it is going to be aired soon, the fans are showing an immense love for both Actors in the lead and the whole team behind.

And this time, Imran Ashraf is coming up with a completely different character play. He’ll be seen in action as Moosa in the drama serial, whereas Sarah Khan is also ready to amaze her fans with her character in Raqs-e-bismil. To know what’s coming up, stay tuned to ShowbizPakistan.pk