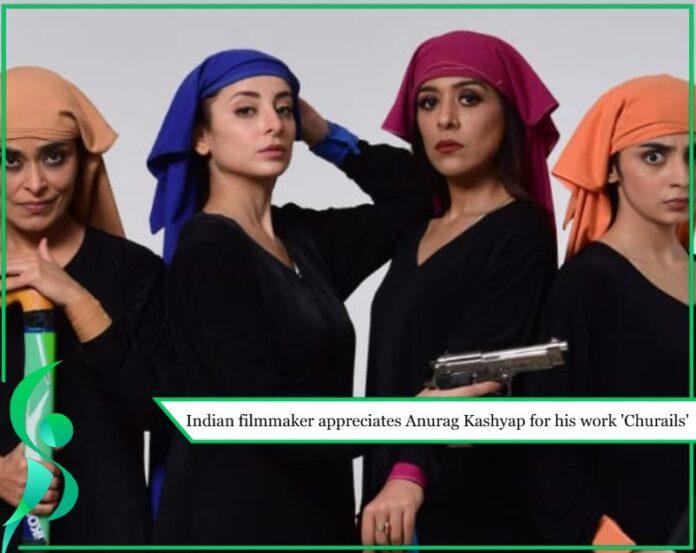 Anurag Kashyap is one of the famous Indian director as well as producer and he is well-known for his amazing work in Indian cinema. Recently Pakistani web-series named “Churails” gone super-hit and it was streaming tremendously on ZEE5 all entire week. The content of the web-series was about to point the insincerity of paternal societies and to conquer women about their rights as a living citizen in society besides being a woman.

It denotes the inception of Pakistani director Asim Abbasi. His earlier work was his movie Cake and it was also awarded as the Best Foreign Language Film category at the 91st Academy Awards. The popular web-series directed by Asim abbasi features the famous actors of the Pakistani industry like Sarwat Gilani, Mehar Bano, Yasra Rizvi, and Nimra Bucha.

Anurag Kashyap shared tweets on his official twitter account saying that ‘I can’t wait for it to be super-hit on OTT platform’. He further concluded that ‘I had no hint that Churails was directed by Asim Abbasi. Adding to my wishlist’ says Anurag Kashyap.

Beside him, there was another Indian director and producer Hansal Mehta also quoted strong words for Asim Abbasi’s work. He also shared his response and reviews regarding Churails. He says that ‘I watched two episodes of web-series Churails. It is full of fun, so much admirable, the content is very intense and stunning. The elements of the web-series amazed me so much and I really pay tribute to Anurag Kashyap’s tremendous piece of work. He is one of the well-known and inspiring Indian filmmakers,” says Hansal Mehta.

The story outline of the web-series is very well-scripted and it is also remarkably directed by Asim Abbasi. He really inspires all of us with his work. The web-series is streaming on ZEE5 and also available on other digital platforms.

Stay Tuned to showbizpakistan for latest news and updates.