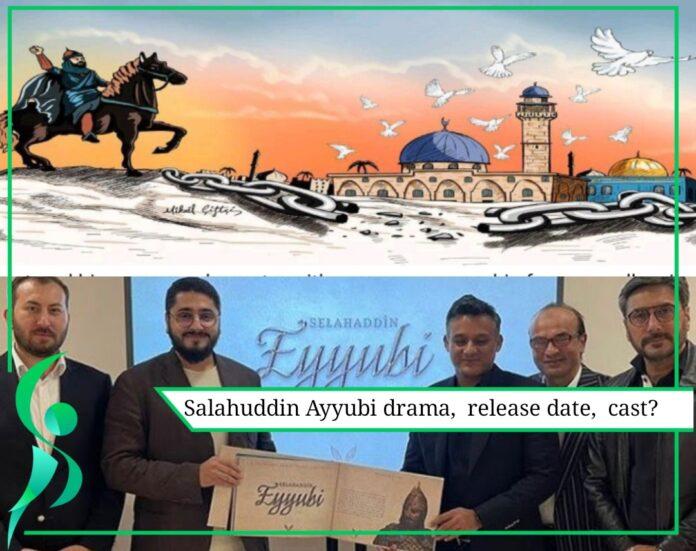 This drama is fabricated by the collaboration of the Pakistan and Turkish production team. Ansari and Shah films of Pakistan and Akli films from Turkey hooks up this idea. The project was signed by both countries on Saturday 21st August 2021. The Owner of Akli Films “Emre Konuk” expressed his happiness on the termination of the series by a tweet. He said “he is happy despite being aware of the difficulty in portraying this great person who left his mark in history and all over the world”

In this series, actors from both countries will appear. The cinematography of the series will be in Turkey. There is a plan to shot 3 seasons of the series. Emre Konuk has a desire to make this project beneficial for their art and culture in the world.

Today’s Muslim has forgotten his norms, Values, and culture. They forgot the basis of their religion and the struggle of the people behind it. They are like sleeping beauties who are alive but have nothing to do for their lives, society, culture, and religion. They are blindly following western culture and ignoring their own Islamic culture. Their forefathers leave a historical mark in this world for the religion but our youth is neglecting this like this religion is prepared for them on a plate. They forgot the contributions of great scholars, governments, and Generals. They forgot that how much their forefathers were strong and what they can do. They forgot their inherited characteristics for the protection of Muslims in this world. At this time, it was important to tell the youth what are the purposes of their lives? For what they are born as Muslims? And what is their culture? Producing such type of series is also a part of the media war. Producers gave awareness about their religion and culture by portraying them and actors do their best to perform that character in a good manner.

Why Pakistan and Turkey are co-producing Salahuddin Ayyubi Drama?

The Friendship between Pakistan and Turkey is not undercover. Their relation is like soul and body. They support each other in every problem. They always rise voices for each other’s rights. They are working together for the welfare of the whole Muslim Ummah. Turkey helps Pakistan not only financially but also in the prosperity and mind-building of youth. Their series is much helpful for youth in understanding their norms, culture, and religion. Turkey always supports the matter of Kashmir. They said if Kashmir people want freedom they deserve freedom and if they want to involve in Pakistan then Pakistan has the right to talk about their rights in the UN. After losing the world war Pakistan helps Turkey in the Khilafat movement to save the Caliph.

Their other series like Dirillis Ertugrul, Korulus Osman, Mera sultan, and Kosem Sultan was much liked in Pakistan. That’s why they are collaborating to produce a new series to encourage their youth toward Islam

He opened his eyes for the first time in Iraq also called Tikrit in 1137. His good name was Yusuf. He was titled by name of Salah Uddin which means Righteousness of Faith. He was encouraged by Sheikh Abdul Qadir Jilani; A great Muslim scholar. His father was Najmuddin Ayyub who is known for his good-hearted personality. When Salah Uddin Al-Ayyubi was born on the same day his father was expired. He took control over present-day Israel, Egypt, Syria, Palestine, Yemen, a part of Turkey and Africa.

According to some researches, Salah Uddin Al-Ayyubi had learned Arithmetic, Law, and science. He used to study books of math of famous author Euclid, as he was a Muslim general so he was mostly interested in reading Quran. He practiced the rules of Islam that are mentioned in the Quran and try his best to understand every single word of the Quran.

In Pakistan it will be telecast on Ptv Home.

Humayun saeed will play a important role in this drama.