Home Extraaa Masala Ishqiya aired its final episode and a lot of people are not... 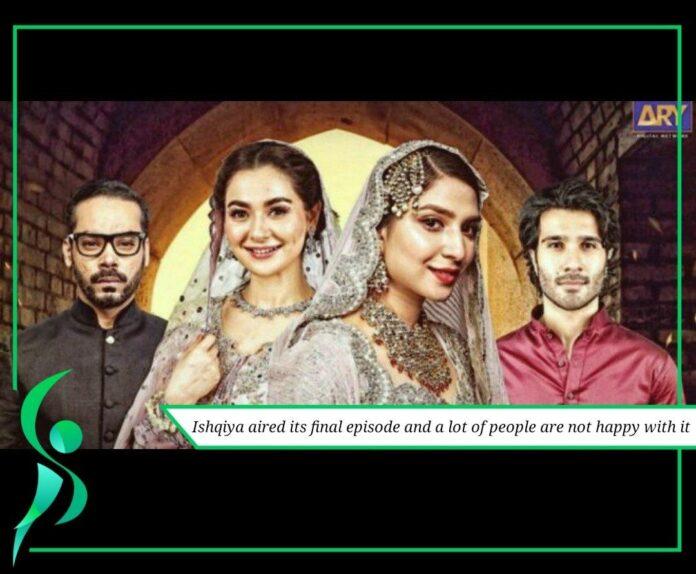 A lot of you would be familiar with the drama “Ishqiya” which aired on ARY Digital. Casting the very talnented Hania Amir, Ramsha Khan and Feroze Khan as its main leads. The drama was a whirlwind of emotions and aired from February 3rd to August 10th of 2020, people had enjoyed watching the drama in the beginning but once Ishqiya aired its final episode, a lot of people were dissapointed with it!

The last episode showed that Hamna(Ramsha) lives a happy life with her now husband Azeem (Gohar Rasheed), Roomi(Hania) decides to spend her life happily with her mother while Hamza is left all alone with himself at the end.

This ending just did not sit right with a lot of viewers and most of them took to twitter to express their dissapointment in the series finale!

Some people beleive Hamza should’ve atleast gotten a little bit of happy ending for not hurting Roomi during the whole series.

While some even say that Hamna shoul’ve payed for her mistakes as well.

Watch the whole episode for yourselves below!

What did you guys think about the last episode? Did every character get what they deserved? Or there should’ve been a different ending? Let us know in the comments!

To learn more about the showbiz ongoings, keep up with our website Showbiz Pakistan!