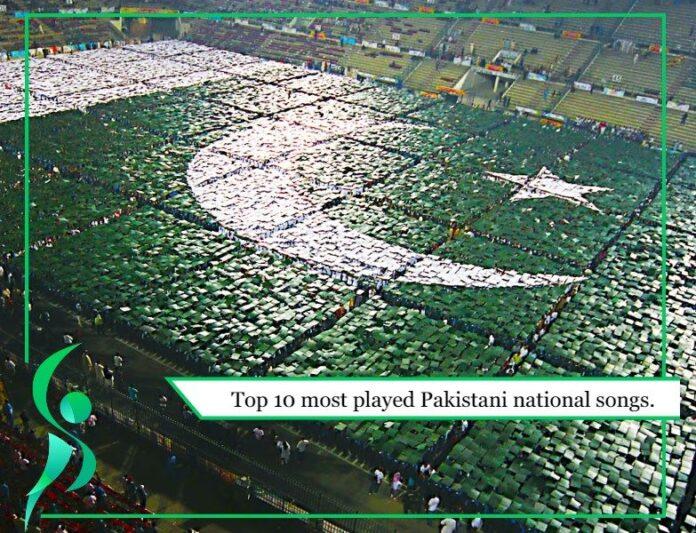 National Songs of Pakistan includes a very vast list of tracks. There is only one day remaining in the national independence day of Pakistan which was to be founded on 14′ August-1947. The day is celebrated as the country’s independence from the British rule also this date remarks as the most important date in the history of Pakistan’s calendar. The songs are being composed and sung by the top famous artist of Pakistan. The big names include Abida Parveen, Ahmed Haidri, Mohammad Ali Shyhaki, and so on.

Here is the playlist of the top most played patriotic songs which truly shows up the essence of independence. The list of the track is very extensive but we have brought up the most famous ones on our list.

This is one of the most famed national songs in Pakistan. The song is sung by the iconic Pakistani vocalist Nusrat Fateh Ali Khan. The song has hit up to millions of views over different video-sharing platforms. This beautiful song has won the hearts of millions of Pakistanis.

It is one of the very famous national songs of Pakistan.

This national song holds a special place in the hearts of Pakistani and also listening to this patriotic song mesmerizes the memory of our forefathers who fought for our independence and it also energizes our soul with the affection and love for our homeland Pakistan.

‘Lab pe ati hai dua’ is wriiten by Allama Iqbal who is known as “The Father of nation”. It is also called as the alternate national songs of Pakistan.