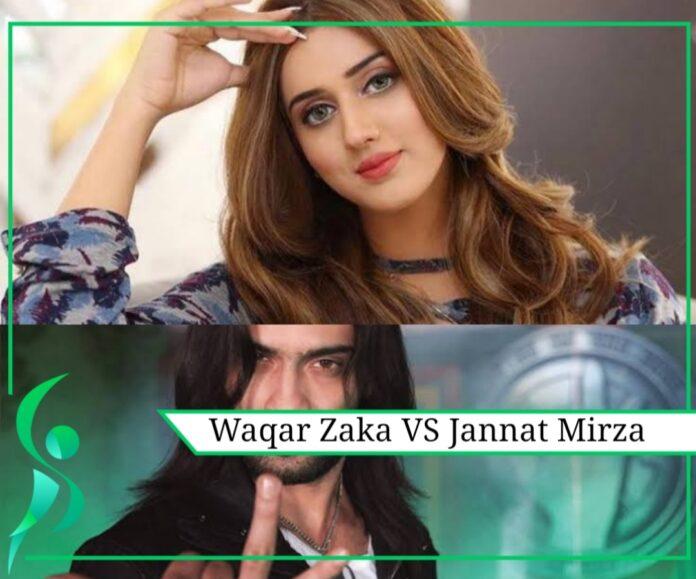 This time Jannat Mirza and Waqar Zaka got into a dialogue war. Jannat Mirza was already facing controversies after she surpassed 10M followers on TikTok and became the TikTok Queen. She also announced that she was moving to Japan after being fed up by the sick mentality of Pakistanis, as it was a sparking statement for his Pakistani fans, and they also responded accordingly.

TikTok being the most trolled social media platform, for it’s quite a frenzy content. It was banned recently on the recommendation of the country’s premier. After its ban, many TikTok users and memers started roasting each other; that’s when Jannat Mirza and Waqar Zaka roasted eachother. Janat called Waqar Zaka “Uncle” in a story published on her Instagram handle.

Waqar Zaka has started a new trend of giving reactions to TikTok videos, which has become quite popular among the masses. Well, let’s see when this war between Tiktok users and Memers will end. And stay in touch with Showbiz Pakistan for more!

Ali khan Hyderabadi Planted a controversy against himself