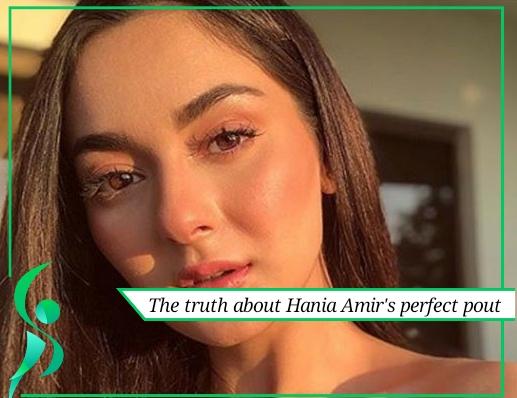 Hania Amir has been making rounds on social media for quite a while now as all her recent post and stories showed that her lips had become big and voluptuous, indicating that she had gone under the knife to get her perfect pout. People started criticising her for her lip fillers without even letting the actress explain if it was real or not. But this was not at all what we were thinking it was. So keep reading to learn the actual truth about her big lips!

Some of the stories that Hania posted showed that her lips had doubled in size since the last time people saw her but this was not the case. In a recent video Hania herself discovered how the filter that she used made her lips look so big and that how it can be it adjusted to make her features look big or small 😀

Watch the video below to learn what actually happened in all her pictures and videos.

Hania’s friend was the one who explained to her how the filter she used worked and how it made her lips look unusual. Now you know the real reason behind the actress’s perfect pout. Pass it on so more people can know!

Let us know what you guys think!