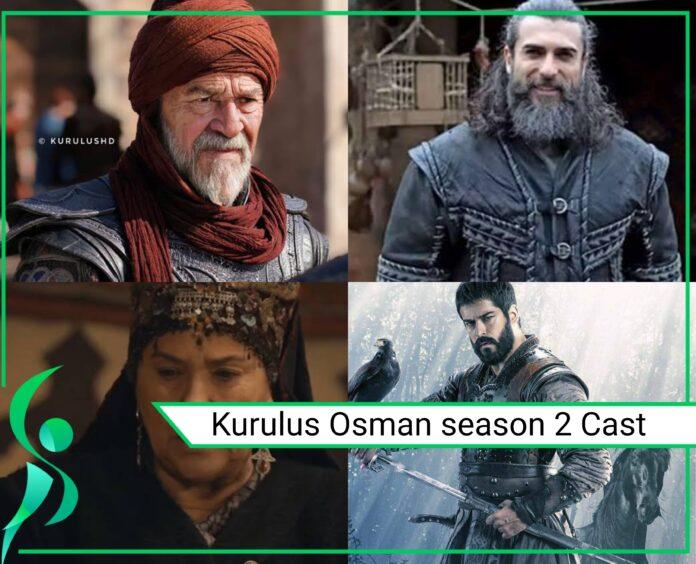 When the Turkish series Kurulus Osman premiered in late-2019, not many of us thought it would become one of the world’s biggest historical drama after Diriliş Ertugrul Over a very long 27-episode season,

The show was not only watched by millions of people around the world but was widely praised by critics for its intricate storytelling.

Now first poster of Kurulus Osman has been posted from Mehmet Bozdag in which Osman Bey has a beard and short hair.

This poster has now become the talk of the town . Few are complaing about his short hair and few are against his thick moustache.But this look is far better than season 1.

Balgay and Sophia didn’t die and they can enter in season 2.
We can say this for sure about Sophia because her body was not shown at the end of season 1.
There is another name added in the list of osman’s opponents. Cobanogullari tribe will be the biggest opponent of Kayi Tribe besides Mongols and Byzantines.

We have been missing Diriliş Ertuğrul’s characters throughout the season 1.
But here is Some Good from Ertugrul Ghazi’s alps, Gunkut and melik shah & Son of Ertugrul Savci Bey will join Kurulus Osman.

We are gonna see most respected character of Diriliş Ertuğrul in Kurulus Osman again which is Hayme Hatun.

well, we may witness Ertugrul Ghazi’s character in Kurulus Osman but there are three names for playing the role of Ertugrul, Cuneyt arkin, tamer yigit and ediz hun.