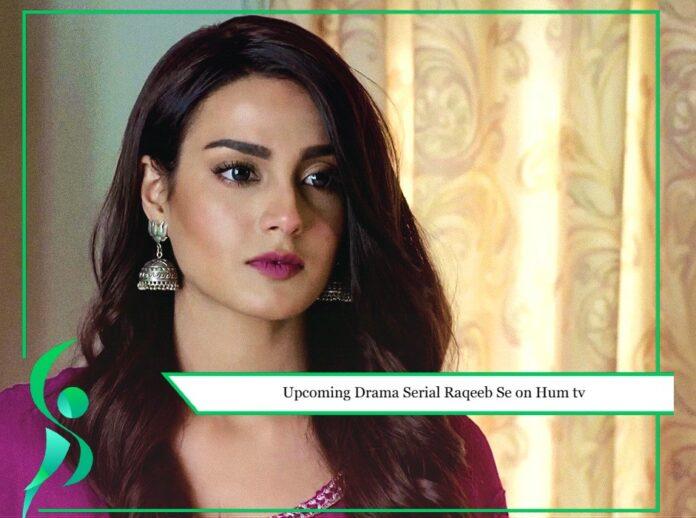 No doubt she is one the most famous and iconic actors on national television. She has put up her remarkable performance in numerous projects. She has attained much success in a very short time. She is well-known for playing the role Jiya in the drama serial Suno Chunda.

Kashif Nisar is one of the famous Pakistani television directors as well as an on-screen writer. He is being praised for his work like Zameen Se Gaya Nahi Hai, Kami Reh Gaye, Ullu Baraye Farokht Nahi, and Faseel-e-Jaan Se Assagay. Raqeeb Se is going to be his project also. Well, we don’t know what is going to be his outcome this time. But we all are expecting an astonishing content from him.

Drama Serial “Raqeeb Se” is going to be another on-hit list project for Iqra Aziz and as well as for Hum tv production. The teasers and trailers of drama serials are soon going to be streaming on social media platforms shortly. Well, we are excited to know if Iqra is going to play a positive character or a negative character is this drama serial. As lately, we all have seen playing an evil character in the drama serial “Jhooti,” for which she was being applauded the most by her fans and followers.