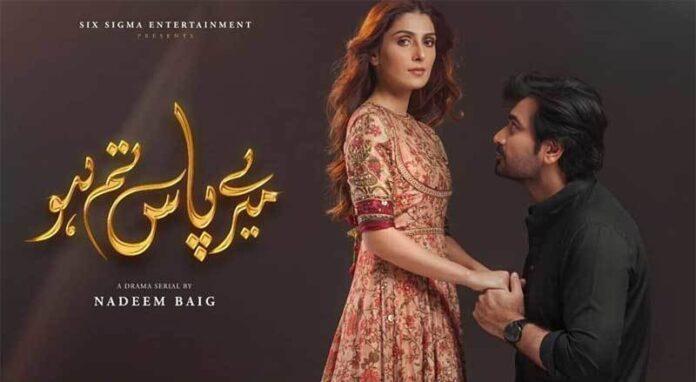 Mere Pas Tum Ho got the hype since the beginning of the seriel with well written and well expressed emotions by the cast. The plot of love and betrayal was fairly put on, but the justice to the ending is questionable. The overrated drama’s last episode up on cinemas as well. The only moral viewers can perceived from this drama is true love can never be shared nor be died even after the person passed away. The only feeling makes it way to the heart is wounded love.

The character of Danish performed by Humayun Saeed was phenomenal. The expression was on point when he was explaining the heartwrenched moment of betrayals even after experiencing the heart attack in his old small flat. But writer Khalil-ur-Rehman have to understand that putting the leading character to death is not only possible ending left in the world.

The drama directed by Nadeem Baig clarify that dialogue dipped with emotions can make history in the industry. Sheez Gull performing the character of Rumi is delighted with some new fans. All the leading characters Ayeza Khan, Humayun Saeed, Adnan Siddique and Hira Mani are highly congratulated for this huge success.