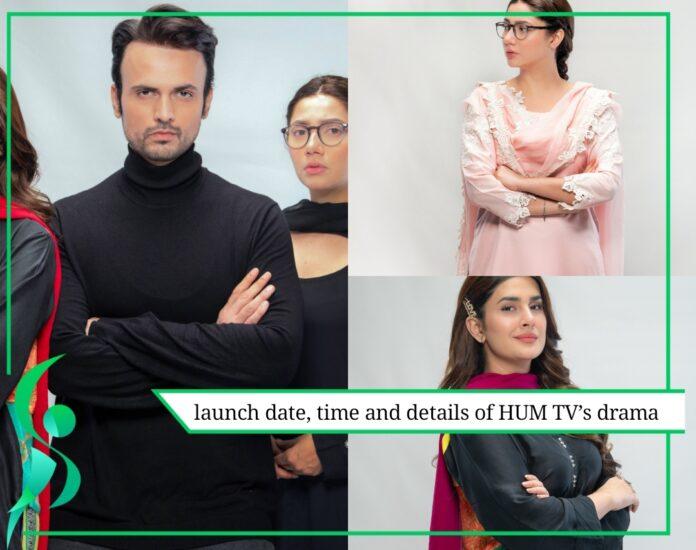 Drama serial Hum Kahan Ke Sachay Thay, one of the most anticipated dramas of the year, is based on a novel of the same name written by renowned playwright Umera Ahmed and directed by Farooq Rind of Ishq Zahe Naseeb and Pyar Ke Sadqay fame.

One of the main highlights of the serial is the television return of Mahira Khan after six years and ever since the release of the brilliant teasers of the serial, fans have been eagerly waiting for the drama to go on air.

So fans, it’s time to hold up your breathes finally; since the ever gorgeous and heartthrob of Pakistani drama & film industry Mahira Khan is all set to blown up your television screen with jaw drooping story plot, flawless acting skills and extraordinary supporting cast.

Hum Kahan Ke Sachay Thay offers mystery, suspense and strong female characters and is a story of love, hate and complex relationships. The serial revolves around three cousins Mehreen, Mashal and Aswad, played by Mahira Khan, Kubra Khan and Usman Mukhtar respectively. Mehreen is a troubled and conflicted child haunted by the past actions of her parents while Mashal is vivacious, carefree and thinks everything revolves around her. Their cousin Aswad is a young and handsome man who is caught between the clash of egos of these two girls. Produced by Nina Kashif and Momina Duraid, the serial also stars Haroon Shahid, Ali Tahir, Huma Nawab, Kaif Ghaznavi, Khalid Mehmood Malik, Ainy Zaidi, Omair Rana, Laila Wasti, Shamim Hilaly, Sidra Parveen, Zainab Qayyum (ZQ), Tehreem, Minahil Naveed.

Hum Kahan Ke Sachay will be aired every Sunday at 8 pm on HUM.