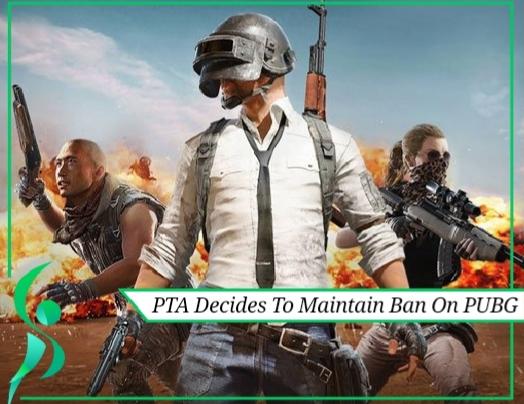 The Pakistan Telecommunications Authority (PTA) has decided to maintain the ban on PUBG Game. PTA officials are of the view that the Islamabad High Court has not ordered the lifting of the ban on PUBG, the court has ordered the release of details of the PTA’s July 1 ban order.

Officials say 109 complaints and requests to close the game were received from parents and citizens, following which the PTA issued its decision on July 23 after a detailed hearing on parents and public complaints under the PICA Act.

According to the PTA, the PUBG management was asked what steps it has taken to keep children under the age of 16 away from the game and to prevent destructive and criminal content. And whether there is a timeline for PUBG children. The Pakistan Telecommunications Authority said that the PUBG management did not respond to PTA’s questions, while the Punjab police reported suicides of minors playing PUBG games.

It may be recalled that the PTA had temporarily banned the ‘PUBG‘ game on July 1, after which Justice Amir Farooq of the Islamabad High Court on July 24 banned the PUBG from Pakistan. Pakistan Telecommunication Authority (PTA) had annulled the decision and ordered immediate restoration of the online game.