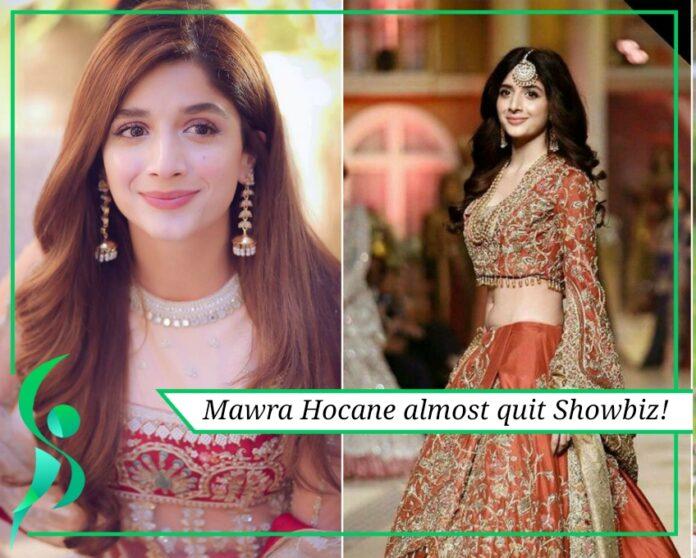 Mawra Hocane is one the most leading and famous actress of Lollywood. She has been working in the Showbiz since she was 19 and has gained a good amount of experience with her career. But fame always comes with a price and the breaking point for her was online hate! Keep reading to know more.

In an interview with Mira Sethi, Mawra talked about her career pretty openly and all the hurdles she had to go through to get where she is. When asked about the online app Instagram and how she started posting on it Mawra told Mira that she was considered as one of the influencers of Insta in the beginning!

She told the interviewer that she would use the app on set at times and her co-actors would always ask her what she was doing to which she’s tell them that she was using “this app called Instagram” but they thought nothing of it as nobody had the idea that the app would blow up after a few years!

Coming to the point where Mawra Hocane almost quit showbiz , Mawra told Mira that at times there are things that she maybe wrong about but being wrong on social media was a “Sin” for famous people as they are placed on a pedestal where they can’t do or say something wrong ever!

She told Mira that the hate had affected her so much that she almost considered quitting Showbiz and even moved to Sydney and told her parents that this was it for her and her career! Adding on to the conversation, she told Mira that at the time, 6 years ago, she had a very fragile mind and had no idea how to defend or protect herself from such things.

She went on adding that she was so scared after the whole ordeal that she would only answer standard questions in her future interviews and go home! When asked if she was still afraid Mawra replied: “I think the fear never left.” And this is why Mawra Hocane almost quit showbiz!

Watch the interview below!

This is it for Mawra Hocane almost quit showbiz! Keep visiting our website for more media masala content! Until next time!