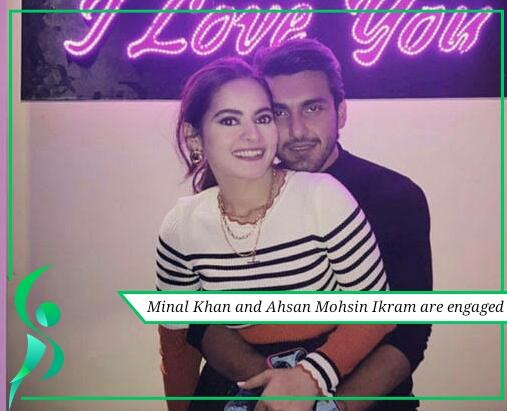 One of the most talked-about celebrity couples in the entertainment industry Minal Khan and Ahsan Mohsin Ikram is engaged.
The stars made headlines when they were spotted together at social events in the latter half of 2020 that sparked dating rumors.

Minal Khan and Ahsan Mohsin Ikram have remained under the spotlight for quite some time now and has garnered a tremendous fan following on social media with various fans and media outlets speculating about the couple.
The close relationship has also drawn the ire of some on the web.

The attraction between the couple is visible to the fans and it keeps the spotlight on the actors.

Ahsan Mohsin Ikram shared a photo on Instagram, confirming the engagement. The post was showered with love and best wishes from many celebrities and fans.

Minal Khan had shared a selfie of herself with Ikram on Valentine’s day.