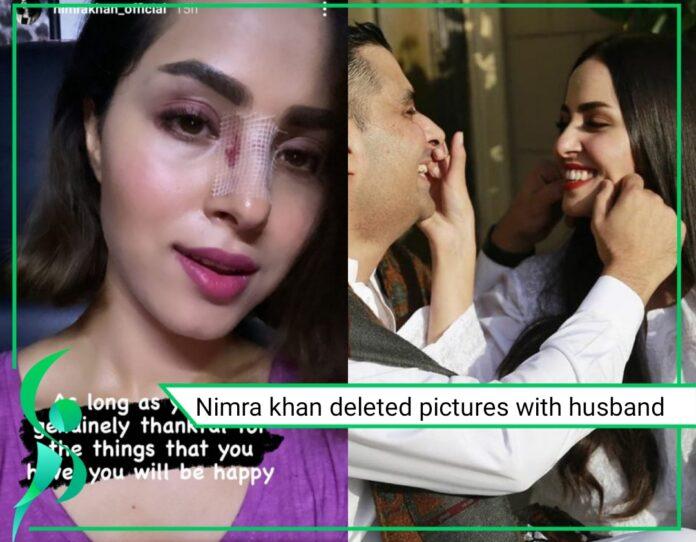 Actress Nimra Khan who got married a few months ago, during quarantine.Nimra Khan revealed that it was a complete arranged marriage and her husband is a police officer in London.

Few days ago Nimra met with accident in which her nose and eye were terrible injured. She wrote that she had a great fall from stairs.

Nimra Khan removed all the pictures with her husband from her timeline. People are speculating that Nimra Khan’s injury which is rumored of not being normal injury,is the reason of dispute between the couple.