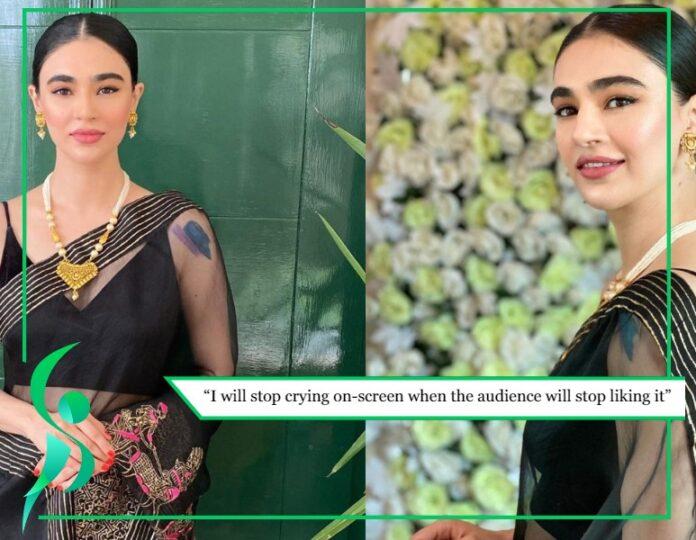 Saheefa Jabbar is one of the most famous and iconic models and actresses of the Pakistan showbiz industry. She has a sparkling personality that says off with her modeling and acting performance. She has melted down our hearts with her heart touching acting skills. From her social media life, we got to know about her lifestyle that admirable. Not only this Saheefa Jabbar is one of those actors who doesn’t seek fame or being called a perfect actor. And she is no doubt an enthusiastic and impenitent person showbiz industry has come across.

Although, the version of Saheefa we see and hear apart from the television screen appears to be very different. Saheefa originally stepped into the Pakistan showbiz industry as a model. So we have seen quite a short sight of her acting skills. She has worked shortly in drama serials Choti Choti Batain, Teri Meri Kahani, Bhol, and Log Kia kahengi and this list seems short.

Talking about the role she acts on television screens inclines to be one of that character who has to face hardships of life rather than standing for herself. That’s exactly the opposite version of Saheefa Jabbar in real life. This is the review her fans and audience has predicted.

The audience wants a different character on-screen from Saheefa Jabbar

In an episode with Galaxy Lollywood, Saheefa was asked a rapid-fire question from her fans that: When we will be seeing your energetic and smiling character on our television screens? This further speaks off that Saheefa knows about the demands of her fans and she usually gets to be questioned about when she will stop sobbing in all her drama serials in the future.

In her reply, Saheefa Jabbar said that:

She further concluded that because of her natural and phenomenal look when she cries on-screen. This is why her producers and directors give her this kind of role. Additionally, because of her character, the drama serials attain more fame and get admired by the audience as well. And because of this she mostly gets offered by such scripts that demand sobbing and crying.

She further concluded that:

In a nutshell, it seems like Saheefa Jabbar is going to come up as a different character as she talked about her upcoming projects. She also revealed that this time her character is going to be way different from the characters she has performed in her acting career.